Out in the open: 'How I plan to beat the kipper conspiracy' - John B Keane 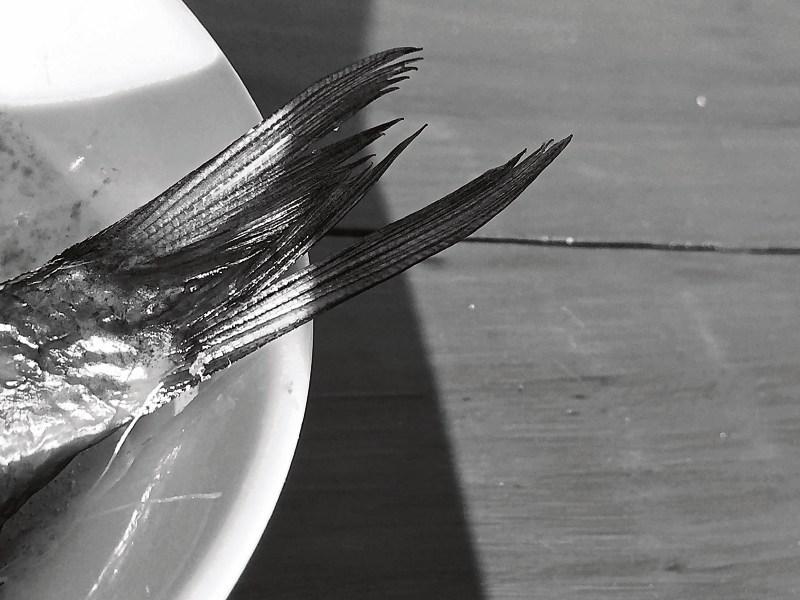 THIS WEEK I will open with details of a nationwide conspiracy against serving of kippers in Irish hotels.

There has always been a mild form of opposition but not until recently was I fully aware of the extent to which the situation has polarised.

Since the spring of this year I have applied for kippers at breakfast time on nine occasions at nine different hotels. On two occasions the kippers were available. On the other seven they were not. No excuses were offered. Kippers were just not on. These are all Grade A hotels.

On the two occasions when they were available one was a distinct failure. This was about a month ago at the Great Southern Hotel in Galway. So inferior was the quality, the cooking and the serving that I was tempted to hang on to the two specimens I received on that best forgotten morning with a view to exhibiting them under Joey Murrin's nose and asking him if they bore any resemblance to the fine specimens for which his gallant seafarers so often risked life and limb.

The other occasion was the Green Isle Hotel at this side of Dublin. Here the quality of the kippers left nothing to be desired. Service was excellent and breakfast was served promptly. The only other difference was that the rate for bed and breakfast at the Green Isle was far less than at the Galway Great Southern.

If any further proof of a conspiracy is needed I would advise the dear reader to examine the displays on the windows of our fish shops. Are they not always prime quality kippers on view?

Even when boats are harbour-bound and gale force winds howl along the seashore you will always come across windows which boast attractive arrays of delicately smoked kippers. Imagine my chagrin when waiter after waiter, waitress after waitress, would inform me that kippers were not on.

I'll grant that some menus did boast of them but when I ordered them I was told they were no longer on. They had, of course, never been on in the first place.

I told one waitress that I had seen excellent kippers earlier that morning on the window of a neighbouring fish shop. She informed me that she had as much say in the choice of foods as the unfortunate wasp which had attached itself to the marmalade.

The same thing was to happen again and again until I became convinced that there was a conspiracy. Was it because I hailed from a seafaring county that my reaction was so positive? Was there a secret agreement among certain hotel managers not to stock kippers?

Next time I arrive in a city where I intend staying overnight I will head first of all to the nearest fish shop and invest in a pair of prime kippers. I will allow them to rest in my pocket overnight in the hope they will be safe from cats and pickpockets. Then in the morning I will proceed at a leisurely pace to the dining room and take my place at the convenient table.

When the waiter comes to take my order I shall bid him a pleasant good morning and politely enquire if kippers are on the menu.

If he informs me that kippers are not on I will go to the cloakroom and take my kippers from my overcoat pocket. I will return immediately to the dining room and then to the waiter.

“Be a decent chap,” I will say, “and ask the cook to give these a turn in the pan for me.”

No more will I say on this vexatious subject. I'm sure that most hotel proprietors have perfectly good reasons for not stocking kippers. I would dearly love to hear what these reasons are.

Last week I met Joe Quaid outside a fish shop in Listowel. Oddly enough he had in his possession a parcel of mackerel, not kippers. Readers will remember how Joe Quaid was once reported dead. How he received seventeen Mass cards and how some people still look askance at him as though he had risen from the dead.

Their suspicions may not be without foundation as I discovered during my conversation with Joe.

It is twelve years since Joe was accidentally struck on the head outside McKenna's mill yard in Listowel. A number passers-by who witnessed the incident continued to pass by. One, who was a Samaritan, stopped and breathed the last act of contrition into Joe's ear. Immediately after the word amen he too disappeared for he quite rightly presumed that Joe was dead.

Word spread and late in the day as Joe was going home to Knockadirreen on the afternoon bus he overheard, in the seat behind him, two men discussing his demise.

“He was a decent poor fellow,” said one. “Oh,” said the other, “if you was to leg it from here to Timbuktu you wouldn't meet the likes of Joe.”

Joe looked around but could not recognise either of the eulogists. How true the Latin saying: “De mortuis nil nisi bonum.”

Let us now return to the scene of the accident. When Joe fell to the ground outside the sawmill he lost consciousness. What really happened was that Joe Quaid was temporarily dead. He had successfully come back from that place from which no traveller ever returns, or so we are told.

Not so Joe Quaid, for return he did and with a most amazing tale which he revealed only last Friday.

“One thing at a time is my motto,” Joe explained.

“The first thing I saw after getting the knock,” said Joe, “was a white light like you'd see in one of them carbide lamps long ago. The light grew bigger and bigger till it was like the sun itself. I thought I'd be blinded or burned at least, but by God no, the light had no effect at all on me. I was flat on my back at this time, so I got up and started to walk.

“Did any particular thing strike you while you were in this place?” I asked.

“One thing. I had a feeling I'd never again have to shave. Don't ask me why but it was a great feeling entirely, because I have tender skin and I tend to garter my face. There was one other thing. A man I met in a public house in Listowel earlier in the day passed by and he saluted me. That evening when I recovered consciousness, I heard he was dead. “That's no codding. I told his wife lately that he was happy-looking.”

“Did you see any more of the cousins?” I asked.

“I did. The next I saw of them they were standing at the gate of a field. I wanted to go into the field but they wouldn't let me.

“Clear blasht you,” said one of them. “Go back to Moll,” said another. Then I saw my grandfather as plain as the day. He pointed a finger meaning that I was to turn back. I turned and took another course. This time I followed a stream. I walked for about a mile till I came to where there was a crowd of women sitting in the water splashing one another.”

“Had they clothes on?”

“I don't recall. They looked at me and shook their heads. One of 'em was a fat woman with a kind face. Suddenly I remembered her. She used to sell seagrass and periwinkles at Castleisland coursing. I think she was from Tralee.

“This woman rose out of the water and came towards me. She turned me around and faced me the opposite way. Then there was a flesh and I found myself sitting on the backway. The next thing I saw was Davey Gunn of Trieneragh standing over me. He lifted me up. I remember well the first words he spoke: “A half one or two will make a job of you.”

“He was right. After three half ones I was able to focus my eyes and gather myself for the bus. That's my story.

This article by the late and great John B Keane first appeared in the Limerick Leader on November 19, 1977.