Student Kieran wins award after ‘transmitting’ his idea to judges 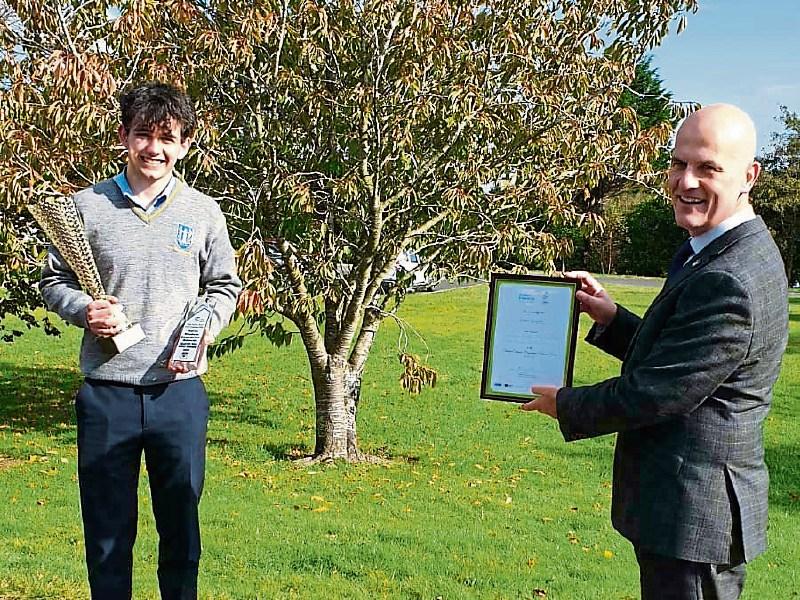 Tarbert Comprehensive School’s Kieran Spaight has always got his “spoke” in when it came to increased safety for cyclists.

That passion has turned into a National Enterprise Award. During TY he was given the opportunity to take part in the Student Enterprise programme.

“I took the time to research different competitions that they offered and I felt that the creative video competition suited me best. The theme of this year's competition was “Go Green, Be Sustainable”. This involved a two minute presentation with in-depth research and a sample prototype.

“As a cyclist myself I have always wanted to create a safety device to alert drivers of cyclists on the roads, especially in rural areas. This transmitter like device would be a great asset to the safety of our road users and I felt very passionately about this,” said Kieran.

In conjunction with Maeve Townsend, of the Tralee branch of the local enterprise office (LEO), he thoroughly researched his idea, conducted surveys and spoke to all affected parties. He was announced as one of the county winners to go forward to the national final. This occurred online in late May and again judges saw the merit in his entry. Kieran only got his National Enterprise Award prizes this month due to Covid. And he isn’t done yet.

“I was delighted to have won and was honoured to be asked to appear live on the broadcast where I was interviewed by Rick O’Shea. Since then I have continued to work on and develop my product further and hopefully with support I will make my dream, to make cycling safer in this world, a reality.

“Maeve Townsend of the Local Enterprise Office went above and beyond the call of duty to help in any way she could and I am extremely thankful to her for this. I am also thankful to my business teachers, Mr P McElligott and Ms L Flynn, in Tarbert Comprehensive who encouraged and advised me throughout this project,” said Kieran, who concludes by saying “the whole experience was amazing”.