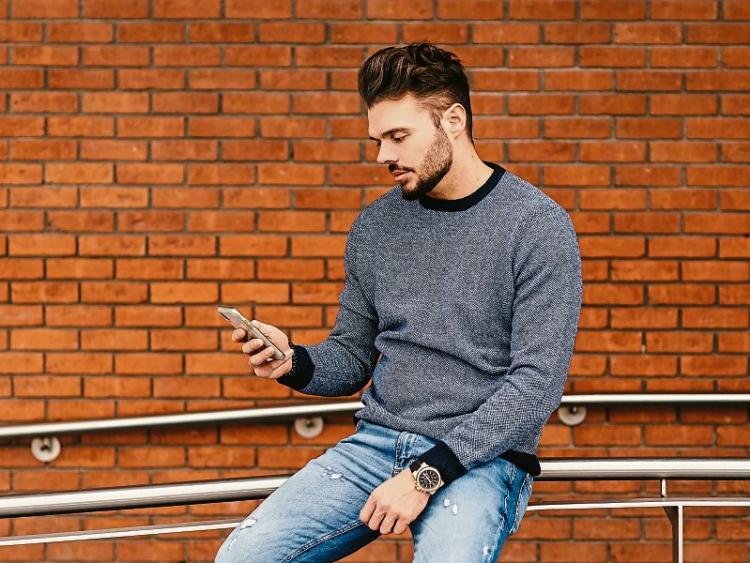 Last week, we learned of the existence of an online database containing thousands of illicit images of Irish women and girls.

The rules of engagement have changed forever. Back in the day meeting a potential partner was a lot more difficult than it is now. We've all seen those old romantic movies where two people reach for the last jar of coffee in the supermarket, lock eyes and then it all starts from there. Love at first sight, instant chemistry etc. In truth it rarely, if ever, worked like that in real life and the real-life scenario was more likely to be asking someone to ‘shift your friend’ in a nightclub and then trying to get a phone number. Oh, and you had to actually ring the person. On their phone. At their house!

These days' people browse potential partners on their phones like they’re looking for ripe fruit, giving as many a squeeze as they can along the way. But in the process, you will find fruit (people) that will lie about who they are, use other people's photos or edited photos and probably have three or four others they're talking to at the same time. And the rules haven't just changed they are ever changing.

Be Mindful Of Stranger Danger

This tip is probably more relevant than ever, given what’s been in the news this week. It's very important to remember that when using dating apps or Snapchat or WhatsApp to make romantic connections that you are essentially meeting a stranger. Now in some cases, you may know the person to some degree or you may have friends in common but it's still important to point out that you don't actually know this person until you've met them. Because so much communication happens in the form of texts, DMs, exchanging photos or snaps, a false sense of intimacy is created before you've met the person in the real world. This form of non-face to face flirting can also amplify the desire for immediate gratification and constant access to someone you barely know. The obvious danger here is that you are dealing with someone who's not really interested or just not really a very nice person and things that you said or sent in good faith might be shared with others without your consent. It's not nice, don't do it and don't put yourself in a position where it can be done to you.

Don't Get Lost In An App

Technology has opened up the dating world and made it easy for us to connect and disconnect with each other. But it's also affected the respect we show one another. It's very easy to forget that there's a person behind the phone screen and instead resort to acts like breadcrumbing, ghosting, zombieing etc as a method of communication. There's also a danger that the accessibility and ease of using apps to woo a potential partner is impeding our ability to interact with people in real life face-to-face encounters. People's attention spans and conversational skills will dull from lack of use which might be where some of the confusion is coming from on what constitutes respectful flirting and where people's boundaries are. People feel safer and in some ways braver sending a DM than approaching someone in person. The missing component of human interaction can lead to a lack of empathy and respect so it's important to remember that you are still interacting with another person, even if they're currently in pixel form.

Be Honest (The Truth Is Easier to Remember)

Online dating gives people to opportunity to meet people outside of their social circle and because of that, it's much easier to present an idealized fantasy version of yourself on social media and on dating apps. A former friend of mine had two different profiles on two different dating apps, one for looking for hookups and one for looking for a serious relationship, each listing different hobbies, interests and character traits. The words in your bio and the pictures you present of yourself are what hook the imagination of the person looking at your profile. The fantasy starts before a message is ever even exchanged. Once you step outside the truth it's a slippery slope and if you actually like the person then you will at some point have to come clean whether it be age, appearance or relationship status.

Both my father and brother have given me plenty of relationship advice over the years. Not all of it was solid and a lot of it related to ‘level of attractiveness vs level of sanity' but some nuggets of advice still ring true. My dad once told me that ‘whomever you pick, you need to able to see yourself sitting across the breakfast table from them in fifty years time'. If they can pass that test then it's worth the work. I'm paraphrasing heavily but I still think that old fashioned point of view has merit in this day and age. With the way society has changed and specifically the way that movements have brought a much-needed shift in gender dynamics, one might be forgiven for thinking that ‘old-fashioned values' are taboo in this day and age. I disagree. I think everyone can learn and it shouldn't scare anyone away from dating.

Mutual respect and consent are vital at every stage of a relationship and there shouldn't really have had to be a hashtag or movement for people to be aware of that.

You can still approach a girl in a bar (when they reopen) and chat her up so long as you're mindful of both your body language and hers and you know when it's time to walk away.

Have Standards But Don't Get Hung Up On Box Ticking

Single people often talk about wanting to meet someone who ‘ticks all of the boxes,' which can include looks, height, job, education, kinkiness and more. The advanced search feature on dating websites and apps can facilitate your search for an ideal partner who meets your specific criteria but it can also amplify a potential flaw in this approach. The sheer volume of people using these apps can lead to an idea that there's always a better one on the way so keep swiping until you find them.

The truth is that the seemingly bottomless pit of potential partners at your disposal makes it difficult to evaluate the connection with the person sitting across from you. Part of the point of going on dates is to figure out if the other person is someone you can relate to, have fun with, respects you and can communicate with you in an open and honest way.

This can take time and if you are entering this with an invisible checklist in hand then you are beaten before you ever leave the house. Having said that, box-ticking and having standards are not the same things. You're allowed to have your ideals and your "non-negotiables", otherwise, you'd just settle. The key is not getting to a stage where you're completely closed off to the idea of meeting someone who's not "your type".