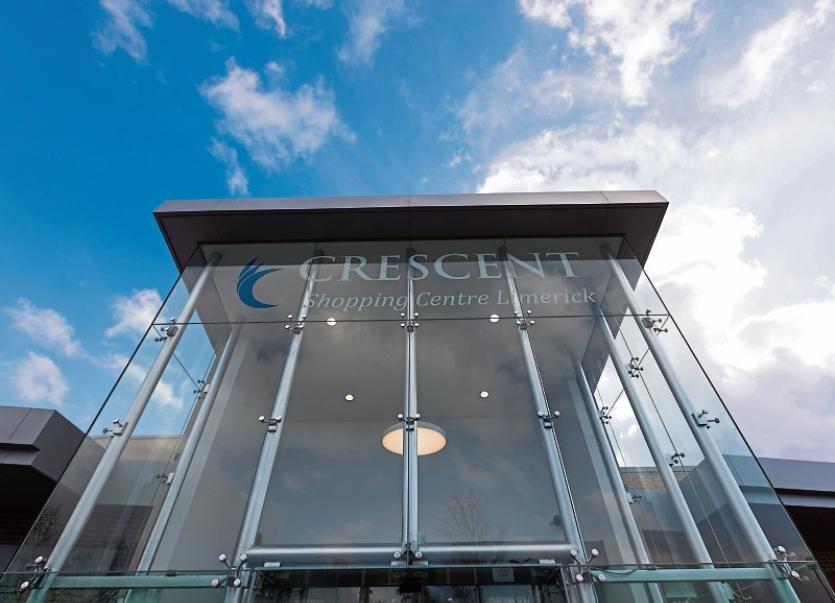 THE Crescent Shopping Centre in Dooradoyle will not be allowed to expand its floorspace for several years under draft plans which have just been published.

Limerick City and County Council has begun a public consultation process on the Draft Southern Environs Local Area Plan which will run from 2021 to 2027.

The wide-ranging plan, once adopted, will dictate planning policy for locations on the southside of the city including the suburbs of Dooradoyle, Mungret and Raheen.

In relation to retail, the draft document reiterates the overall objective “re-establishing the importance of Limerick City Centre at the top of the regional retail hierarchy”.

It notes the success of the shopping centres in the environs “is in contrast to the stagnation and decline of the retail sector in the city centre, where a large number of vacant units are evident in the core retail area”.

The plan also notes “the migration of retail footfall from the city centre to the suburbs is exacerbated by the increasing trend towards on-line retailing.”

The final Southern Environs Local Area Plan will also be governed by wider objectives which will be set out in other plans including the Limerick Shannon Metropolitan Strategy.

“All new retail development in the Southern Environs will be considered premature pending the completion of the Limerick Shannon Metropolitan Retail Strategy, in order to protect the vitality of the city centre,” it states.

“Limerick City Centre is the preferred location for new retail development in the Limerick Shannon Metropolitan Area and must recapture trade lost to the Crescent Shopping Centre and other out of centre shopping facilities. Pending the completion of the new Limerick Shannon Metropolitan Retail Strategy, no additional retail floor space will be permitted at the Crescent,” adds draft document.

Submissions and observations on the draft plan must be submitted by 5pm on November 23.