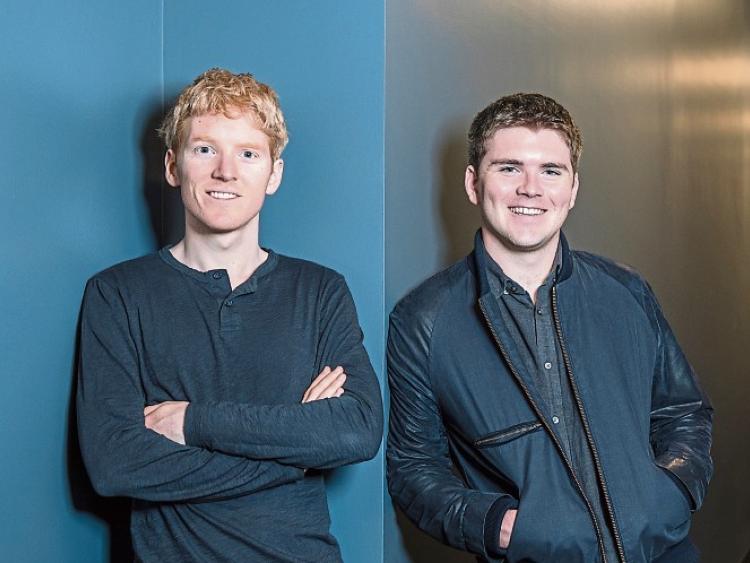 SEVEN of Ireland’s 16 euro billionaires - including JP McManus - have seen an unprecedented €3.2bn wiped off their combined fortunes in 12 months, according to the 2020 Sunday Times Irish Rich List.

Denis O'Brien, Dermot Desmond, John Magnier, and Mr McManus have all seen their assets decline. According to the "definitive guide to wealth across the island of Ireland", Mr McManus and family are the 15th richest in Ireland.

The dramatic falls of some of Ireland's best known businessmen are offset by the combined gains of more than €5bn made by eight of Ireland’s other billionaires.

Accounting for more than half of this, witnessing a 55% increase in their joint fortune, are former Castletroy College students Patrick and John Collison, ranked second and now worth €7.75bn. The success of Stripe, their world-beating online payments operation, has added €2.75bn to their wealth in the past year.

Across the Rich List, millionaires responsible for global software  businesses, video-games and online gambling have seen €2bn added to their wealth. The total value of the fortunes of Ireland’s richest 300 has surged by 7.3% to €93.7bn, the highest total for combined wealth in the Irish Rich List’s 24-year history.

It has been a miserable eight months for the wealthy families who dominate Ireland’s hospitality sector. The Gallaghers, Monahans, Roches, Fitzgeralds, Flannerys, Hastings and O’Callaghans have seen more than €800m wiped off their combined wealth with the pandemic’s restrictions.

So too a €49m drop to €158m for Caroline Downey and Denis Desmond, the biggest live entertainment promoters in Ireland and the UK. In transport, the Ryan family are down €209m, Ryanair’s Michael O’Leary is down €42m, ferry operator ICG’s Eamonn Rothwell is down 45% and Bob Ethchingham of Applegreen service stations is down 21%.

The extensive global food and supermarket interests of the family who lead the Sunday Times Irish Rich List for a 12th consecutive year, south Dublin-born Hilary and children Alannah and Galen Weston Jr, cushioned their €11.8bn fortune. This offset a dip in the value of their Brown Thomas, Arnotts and Selfridges department stores.

There are a record 75 women in the list, up from 66 in 2019. Jacqueline Kelly, ranked 30th overall, shares a €596m fortune, up almost ten-fold by €532m on 2019, with her husband, Michael. He founded Australian-quoted  Fineos, a Dublin and Kilkenny software compliance company, one of the world’s top stock-market  performers in the past 12 months.

The number of new entrants is down slightly to 29, with the entry threshold for the 2020 Irish Rich List up by €8m to a record €65m. Aged 29, Nicole Gordon, a part-owner of Northern Ireland’s Gordon’s chemist chain, is now the youngest millionaire among Ireland’s richest 300, with a shared fortune of €74m. The oldest debutant, at 82, is Ed Crawford, Donald Trump’s US  ambassador to Ireland, worth €174m.

Trump’s former golf partner, Florida-based Rory McIlroy, 31, is the first sportsman to become one of Ireland’s 100 wealthiest people, ranked 81st, after making €48m in the past year to bring his fortune to €205m. Cage fighter Conor McGregor, 32, is up €17m to €132m, partly on the strength of the sales of his Proper No Twelve whiskey. Ballymena- born actor Liam Neeson is up €5m to €122m, while Belfast lockdown protestor Sir Van Morrison is up €2m at €66m.

The Sunday Times Irish Rich List is compiled by Sunday Times wealth experts Colm Murphy and Robert Watts using a wide range of accounts, annual reports, shareholder filings and other sources as well as usually private information shared by those who feature on the list.

For the complete Sunday Times Irish Rich List, detailing all 300 entries from all over Ireland, see The Sunday Times this weekend.