'The industry is on its knees': Shannon Group reacts to closure of Ryanair base during winter 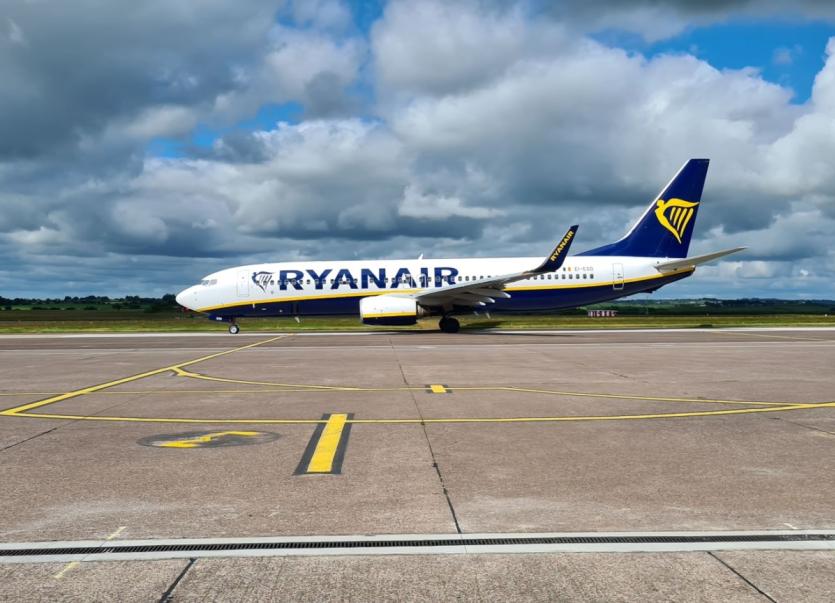 THE CEO of the Shannon Group has said that it has done everything in their power to keep Ryanair’s base at Shannon Airport, after the Irish airline announced it will shut its Clare and Cork bases for the winter period.

The news will prove to be a major blow to a further compaction to the regional economy, as its 16 destinations via Shannon have now been reduced to eight, Shannon Group CEO Mary Considine has said.

“This is very disappointing news not only for Shannon based Ryanair employees and all our  airport team, but for the whole  region who rely on the services that Ryanair provide. We have done everything in our power to retain the base."

She said the aviation industry is "on its knees" and needs a "clear pathway to recovery".

"We had hoped that it would start with a harmonised EU traffic light system. While this was endorsed by Ireland, the measures proposed fall short of what the industry requires. This urgently needs to be addressed and supported by a testing regime at airports to restore confidence and get aviation moving safely again.

“While we know recovery will take time, it is important that we plan now for the safe restoration of air services and we need to see the full implementation of the Aviation Recovery Taskforce recommendations.  As an island nation, the aviation industry is vital for Ireland," she said.

Limerick City TD Maurice Quinlivan said that this news is "another hammer blow to the economy of the region".

"Limerick and the Mid-West region economies are dependant on the connectivity that Shannon Airport affords. There are 55,000 jobs in region supported by the activities of the airport. We have already seen the chaos the pandemic has caused to the airport and it’s staff, and this announcement will come as a further setback for them and all the crews based at the airport," the Sinn Fein TD said.

Deputy Crowe said: “There is a tooth and nail fight on to protect Shannon Airport and the jobs of so many people who work there for airlines and the airport authority but this morning’s news makes the challenge ahead of us all the greater

“News that Ryanair is set to close its Shannan and Cork bases this winter is a huge blow across both counties and has left many people fearful for their futures. Although Covid-19 has grounded so many flights these past few months, I am shocked that Ryanair have followed through with a threat to pull out."

“The ‘traffic light system’ and Ryanair’s major ask has been met; but now, within a few short hours, they are announcing this closure. They clearly intend to use the new EU protocols to fly the more lucrative routes in / out of Dublin, Stansted, but not Shannon and Cork."

A spokesperson for the Department of Transport said that it recognises that this news will be a blow to Ryanair staff, the associated workforce and the region.

"The government has agreed to adopt the EU “traffic light” system for international travel and a decision on implementation is expected at a Cabinet meeting next week.

"The Government is fully alert to the devastating impact the global pandemic has had on international travel and appreciates and acknowledges the important role of Ryanair and Shannon and Cork Airports to the economies of the Midwest and South regions respectively," it said.

Forsa trade union said that the news serves as a "devastating blow" for crew and pilots at these bases, their families and communities, as well as for other airport staff and the economies of both regions.

Ryanair’s Group CEO Michael O’Leary said: "While the Covid situation remains fluid and hard to predict, we must now cut our full year traffic forecast to 38m guests. While we deeply regret these winter schedule cuts they have been forced upon us by Government mismanagement of EU air travel.

"Our focus continues to be on maintaining as large a schedule as we can sensibly operate to keep our aircraft, our pilots and our cabin crew current and employed while minimising job losses. It is inevitable, given the scale of these cutbacks, that we will be implementing  more unpaid leave, and job sharing this winter in those bases where we have agreed reduced working time and pay, but this is a better short term outcome than mass job losses.

"There will regrettably be more redundancies at those small number of cabin crew bases, where we have still not secured agreement on working time and pay cuts, which is the only alternative. We continue to actively manage our cost base to be prepared for the inevitable rebound and recovery of short haul air travel in Europe once an effective Covid-19 vaccine is developed."