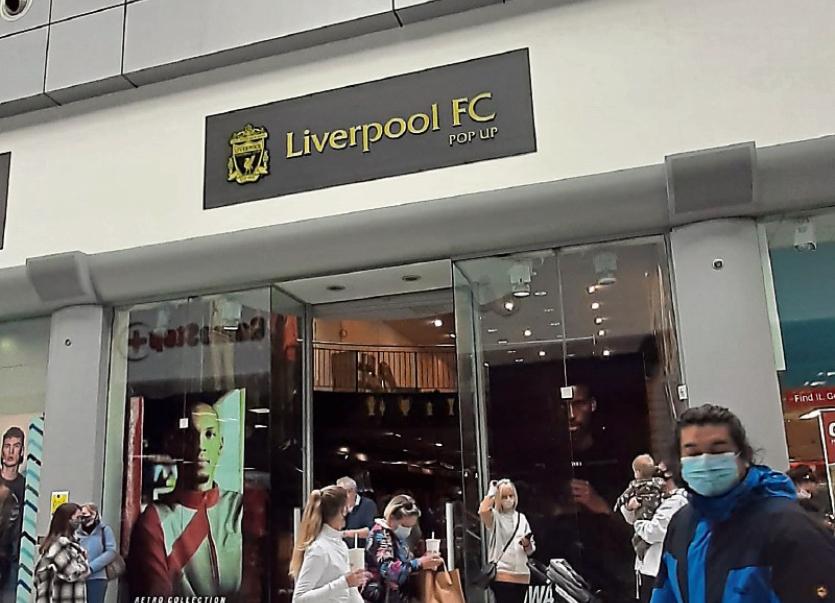 PREMIER League champions Liverpool FC have opened a new pop up store in Limerick – less than four months after winning the title.

The shop, the club’s first on Shannonside, opened at the Crescent Shopping Centre in Dooradoyle at the weekend and is expected to remain open until Christmas.

In June, the Merseyside club, which has a loyal following in Limerick and the Mid West, ended its 30-year wait to win the top-flight of English football.

Located over two floors, the new pop up shop is located next to Argos. Large crowds flocked to the store at the weekend after the Crescent confirmed its opening on social media.

A post shared by Crescent Shopping Centre (@crescentshoppingcentre) on Oct 10, 2020 at 5:28am PDT

Liverpool FC has a number of other pop up shops in Cork and Dublin.