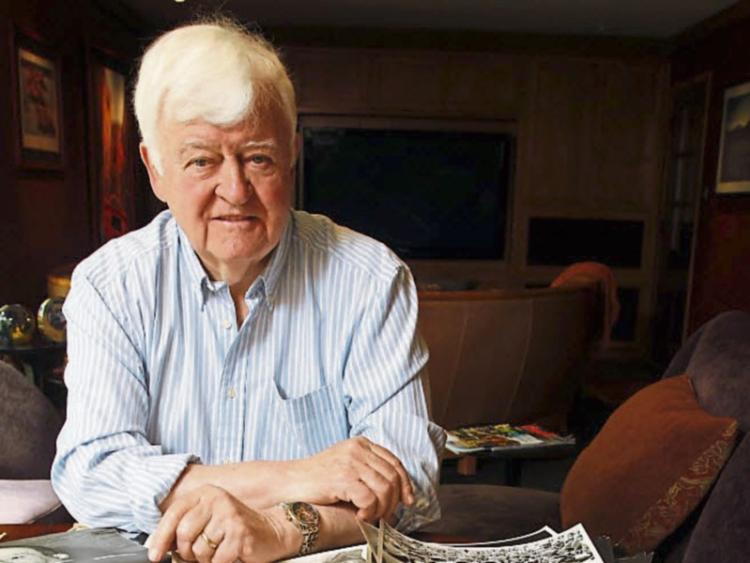 Eamon Kennedy, now in his 80s, spoke to the RTÉ Documentary on One team

A LIMERICK photographer captured the grief of a nation and took one of the most iconic photographs of the 20th century by complete chance.

Eamon Kennedy photographed the events surrounding the assassination of President John F Kennedy. The remarkable story will be told on RTE Radio 1 this Saturday, October 10 at 2pm. Entitled The Grief of a Nation, it is part of the Documentary on One series.

But how did a young man from Limerick city end up in Dallas in 1963? The previous year, Eamon was taking a Greyhound Bus across the country from Miami to San Francisco when he disembarked for a couple of days break in Dallas. He never used the rest of his ticket.

Instead, he found a job at the Dallas Times Herald newspaper and a front row seat for one of the most momentous events in American history.

Eamon’s photograph of a young girl crying outside Parkland Hospital, clasping her hands in prayer became internationally recognised with newspapers all around the world publishing the photo the day after the assassination of JFK.

The Dallas Time Herald’s caption was - The Grief of a Nation. Her name was Kathey Atkinson. It encapsulates a watershed moment that ushered in the violence and social upheaval, which is now associated with the latter half of the 1960s.

It reflected the mood not only of the United States, but of Ireland where JFK had visited only five months before his murder in Dallas, Texas, in 1963. And, of course, County Limerick. Bruff’s links to the 35th President of the United States are well known.

In 1852, Thomas Fitzgerald left the south Limerick town for the US. He married Rosanna Cox and they had 12 children. One of them, John Francis (Honey Fitz) Fitzgerald went on to become Mayor of Boston and was a member of the US House of Representatives. His eldest daughter Rose, married Joseph P Kennedy, they had several children including John F Kennedy.

On the weekend of the assassination, Eamon took images at Dallas Love Field Airport, Parkland Memorial Hospital, the Texas Theatre, and Dallas police headquarters. Alongside his poignant image at Parkland, he photographed Lee Harvey Oswald, prior to Oswald's murder by Jack Ruby. He covered Ruby's subsequent trial and the Warren Commission's investigation into the President's killing.

Eamon, now in his 80s, tells the RTÉ Documentary on One team, how he came to take these photographs - one of them being one of the last close up photographs of JFK ever taken as he arrived on Air Force One.

The Grief of a Nation is a story about life's strange serendipities and synchronicities. Many decades later, Eamon's photograph of Kathey Atkinson would come sharply into focus once again, illustrating the power of a single image to echo across time.

It airs this Saturday, October 10 at 2pm on RTÉ Radio 1. The Grief of a Nation will be repeated on Sunday, October 11 at 7pm.