Legacy of late Limerick poet lives on in Éigse Festival 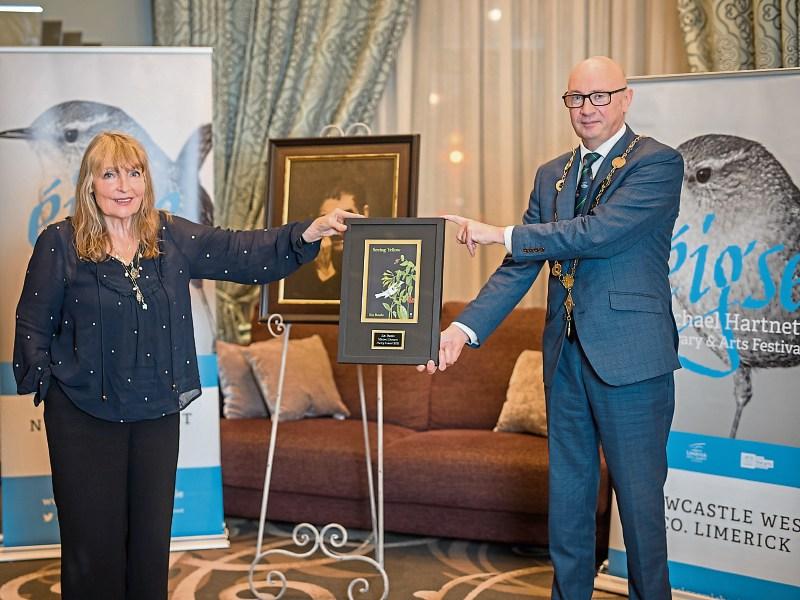 Speaking at the opening of this year’s Éigse, which was streamed live, the Mayor of Limerick, City and County, Cllr Michael Collins paid tribute to that legacy and to the late poet and native of Newcastle West on the 21st  anniversary of his death.

Hartnett’s death, he said, “marked the passing of one of poetry’s strongest and most independent of voices, whether he wrote in Irish or in English”.

And Michael’s work, he said, had never been more relevant in these Covid-19 times.

Minister of State for the Office of Public Works, Patrick O’Donovan described the opening night as “like no other” but said he hoped people would draw hope and inspiration from the festival programme that had been put together.

He also paid tribute to the organisers for “keeping the show on the road” and for delivering the festival “in such challenging circumstances”,.

Both the Mayor and the Minister commended the Limerick Culture and Arts Office and the Arts Council for their ongoing support of Êigse and also congratulated the winner of this year’s Michael Hartnett Poetry Award, Eva Bourke.

Ms Bourke, who lives in Galway, won the award for her collection Seeing Yellow, published by Dedalus Press. The collection was described by the judges as stunning, one in which “the poems come together seamlessly, to form one wide, deep, smoothly flowing river”.

The poet was presented with the award by Mayor Collins, along with a cheque for €4,000.

The line-up for this year’s festival was one of the best ever, including  as it did, internationally renowned writers such as Colum McCann and Donal Ryan. The programme also included broadcaster Rachael English and writer and commentator Billy Keane, along with Limerick writer Helena Close.