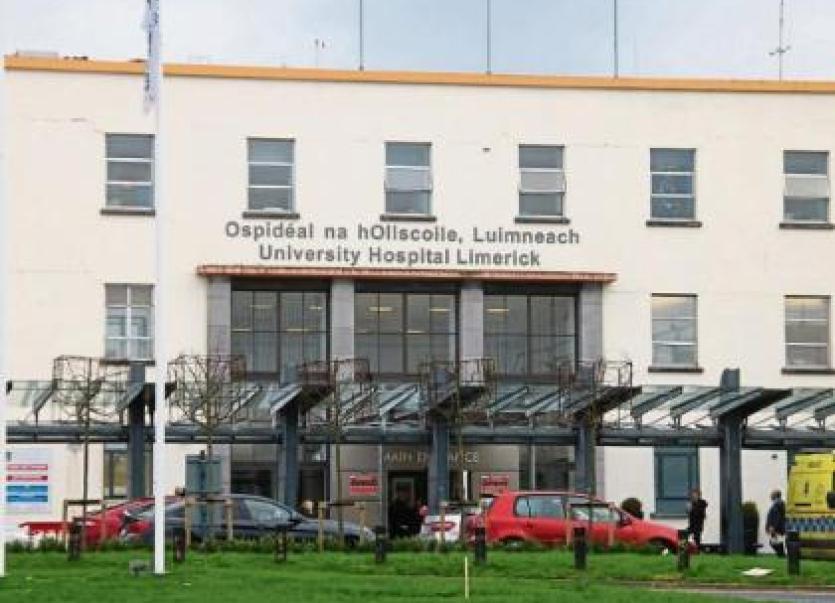 THERE ARE calls for a "crisis intervention" at University Hospital Limerick after nearly 70 patients were recorded on trolleys in the emergency department and wards this Tuesday morning.

According to figures published by the Irish Nurses and Midwives Organisation, there were 69 patients on trolleys. This is an increase of seven on Monday’s levels, and is the highest level of overcrowding since the pandemic began.

This was the highest trolley count in the country, and made up 26.2% of the country's overcrowding.

Labour councillor Conor Sheehan said that Government action is needed to tackle trolley numbers at the hospital in Dooradoyle.

“If there are 69 people on trolleys in mild mid September, I dread to think what the situation will be like in the middle of the winter flu season.

“Warm words and promises from Ministers and Government TDs will not solve this crisis. We need a crisis intervention from the Government. The Minister needs to publish the winter plan soon and the plan needs to contain measures specific to UHL which has frequently twice the numbers on trolleys as the nearest acute hospital. UHL needs a €40 million investment to bring it level with Beaumont a hospital that serves a similar population to meaningfully tackle the over crowding crisis and years of under resourcing," he stated this Tuesday afternoon.

The City North councillor suggested that offering the flu vaccine free-of-charge to everyone could slow the spread of the winter flu, and would free up beds during the busy winter period.

“UHL needs emergency funding to tackle the worsening trolley crisis, in the midst of the worst health crisis in a generation we cannot allow the situation to continue of sick people piling up on corridors and in the emergency department."

Meanwhile, a new 24-bed block at UHL has been open for the past four weeks, to help assuage hospital pressures. The Ward 6B comprises patients from the smaller 4B ward for haemotology and oncology patients, and now have access to single room, ensuite accommodation.

An additional three beds have opened on the ward last week. As additional staff are recruited, we expect we will increase occupancy on Ward 6B from 16 currently to 24 in the coming weeks, a spokesperson for the UL Hospitals Group has said.