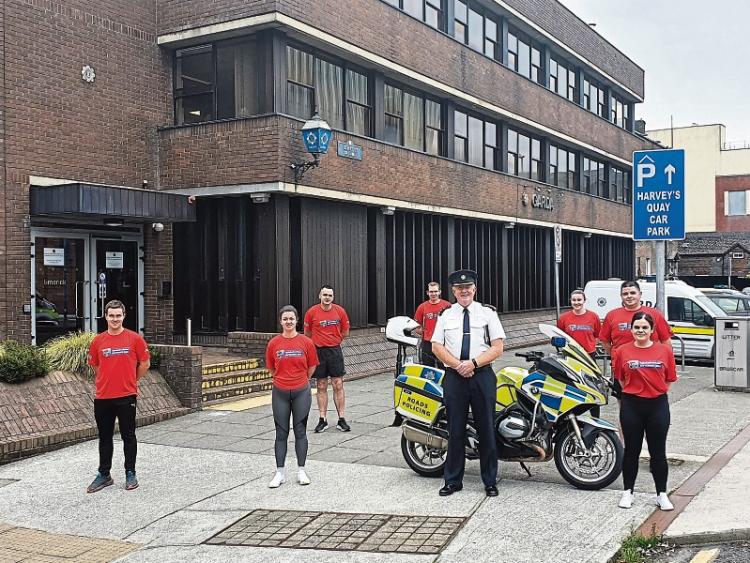 TEN Limerick-based gardai have teamed up to take part in the 2020 Law Enforcement Torch Run which aims to raise €10,000 for Special Olympics Ireland.

This virtual event, which continues until September 20, will see 10 teams from 10 stations across the island of Ireland take part. Members of An Garda Siochana and the PSNI will run a combined all Ireland circuit of 2,800km.

The organising committee agreed to run the fundraising event, instead of the annual ’Cops and Donuts’ and ‘Polar Plunges’ events which cannot go ahead due to current Covid-19 restrictions.

The Limerick-based team includes gardai from Henry Street and Roxboro Road stations and is being led by Garda Michael Howard of Intake 192.

At the launch of the fundraising event,  Chief Superintendent Roche praised those involved.

“I am very proud of the effort put in by Garda Michael Howard and his fellow Intake 192 Probationers, their support and engagement with Special Olympics Ireland means a lot to An Garda Síochána during these difficult times for voluntary community and sporting organisations. Members of An Garda Síochána in Limerick and indeed across the country hold a special place in our hearts for the work and impact of the Special Olympics in the lives of the communities we serve.’

The Limerick team hopes to raise €1,000 and donations can be made by clicking here.