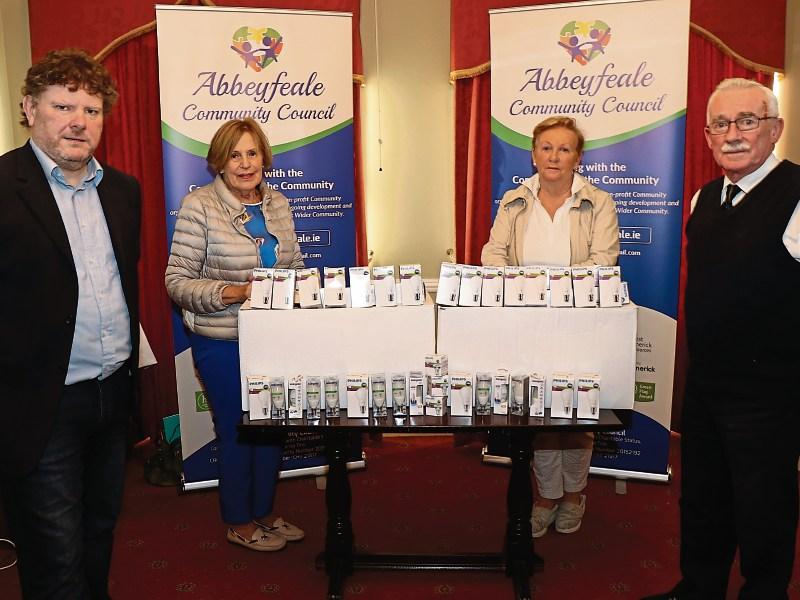 ABBEYFEALE Community Council is shining a light on a number of hard-working groups in its locality.

Over the past week, the group has made a donation of almost 1,000 Phillips and Energetic branded LED light bulbs to a number of locally-based voluntary community groups who themselves interact predominantly with the elderly population throughout the greater Abbeyfeale area.

The presentation event took place on September 3 at Leens Hotel in Abbeyfeale.

All of these groups helped Abbeyfeale Community Council in the initial research stages of this project and were duly rewarded for their efforts.

“Like all previous projects it was a real pleasure to work with the various groups involved and we are also delighted that this project was fully backed by the SSE Airtricity Community Fund.

“We are hopeful that by having such a significant amount of LED Bulbs enter the community at one time, and more so on the run up to the winter months that it should be of benefit to several households in their efforts to reduce their respective electricity costs while also playing a small but important role in helping the environment and saving our planet,” they concluded.

If you have a story in your community, let us know - email news@limerickleader.ie