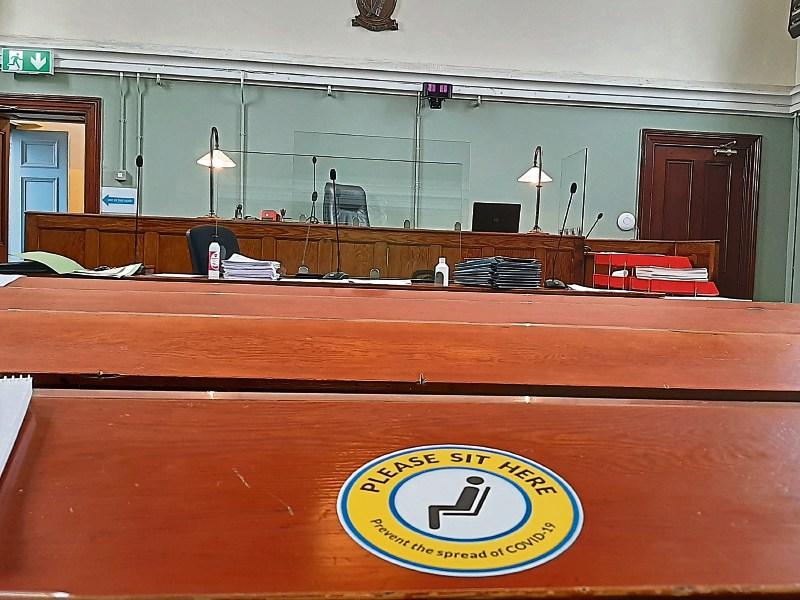 ALMOST six months after she last left the bench at Newcastle West Courthouse, Judge Mary Larkin emerged from her chambers to a much changed and far quieter courtroom.

In the intervening time, the world as we know it has changed and phrases such as physical distancing, cocooning and PPE have become part of the daily conversation as we try to live with Covid-19.

While courts have continued to sit throughout the pandemic no sittings have taken place in Newcastle West or Kilmallock until this week.

In advance of the first sitting of Newcastle West Court ahead of the new legal term, the Courts Service of Ireland issued guidance and confirmed the number of people allowed in the courtroom at any one time would be limited to 12 (including the judge and registrar).

“Criminal business will be scheduled in order to ensure a throughput of people before the court at a rate that respects public safety guidance and the  capacity limits of the courtroom,” it stated.

When this reporter arrived, he was directed to one of the assigned seats – in the centre of a bench at the back row of what was previously the public gallery.

“Please sit here – prevent the spread of Covid-19” read the sticker marking the seat. The two rows in front were off-limits as was the rest of the bench.

Over the summer, yellow signage has been erected on walls throughout the historic building advising people where they can “and cannot” sit and arrows on the floor alert those present to the one-way system which has been introduced.

The doors and windows remained open throughout the hearing, the hum of traffic in the bustling town acted as a soundtrack to the proceedings.

Wearing blue gloves and a facemask, Just Larkin emerged from her chambers shortly after 10am and took her seat behind a recently installed Perspex screen.

“I hope you like the cold,” she said telling the handful or people present they will need to wear “wooly socks and thermal vests” during the winter months.

As two solicitors leaned towards each other, the judge reminded them of the rules around social distancing. “Don’t make me act like your mother,” she said.

While there was a large number of cases listed before the court, most defendants were not required to attend in accordance with the the latest guidelines.

A new PA system has been installed enabling the registrar to alert those waiting outside when their case is called.

One by one defendants entered via the main door before exiting via the side door as soon as their case was dealt with.

So far so good but there is a long winter ahead.