'Worth it in the end': Limerick student's perfect Leaving Cert score after six months of sacrifice 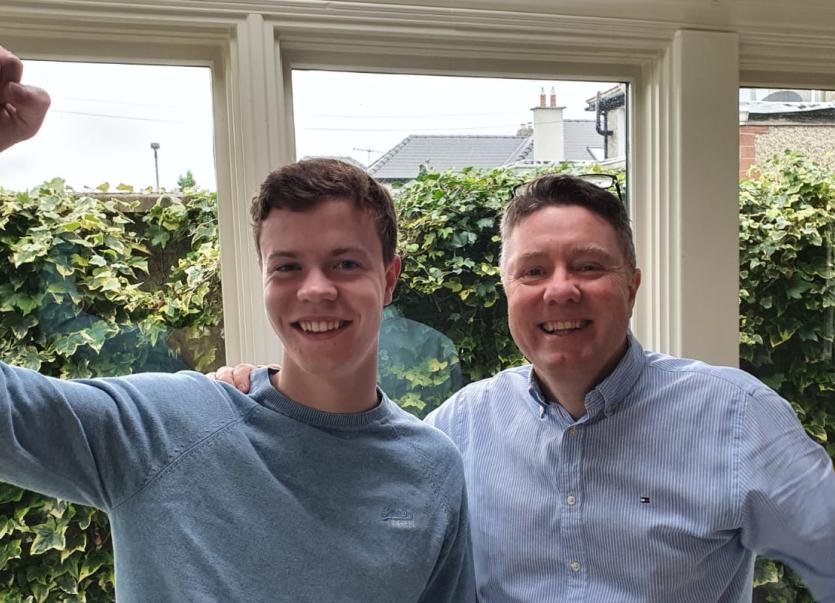 NOT MANY people are able to say they scored perfect points in their Leaving Cert without sitting a single exam.

But for Ardscoil Ris student Stephen Cleary, his six H1s and 625 points are the culmination of years of studious dedication, dogged determination and fastidious planning.

His spotless scoresheet did follow a summer of sacrifices, however. He was meant to go Interrailing with friends, and visit sunny Croatia with his family, but Covid-19 and its six months of painstaking restrictions hampered those plans.

But he says it was “all worth it in the end” as he marks his academic success with a small celebration with friends this Monday evening.

Stephen is one of four Ardscoil students to score 625 points, and one of eight at the city school to score more than 600 points. Principal Tom Prendergast said he was delighted with this major achievement.

This is Stephen Cleary in Limerick who scored a perfect 625 points in his Leaving Cert. Over the past six months, the @ArdscoilRisLimk student kept himself busy with study, lots of exercise and learning how to do a hand stand—and here he is! Full interview soon...@Limerick_Leader pic.twitter.com/fcKVjOoOkk

More than 2,500 students across the city and county received their Leaving Certificate results this Monday morning, mostly through an online portal as restrictions prevented the usual mass gathering of pupils and parents in central areas.

Stephen, 19, from North Circular Road, admits it was “a really odd experience” to not have to sit any exams this summer.

Instead, teachers issued grades to the Department of Education in June, after which an official score was then calculated. These separate grades will be able to be analysed by students on Monday.

“I was really worried about what the teachers would give me. In fact, I was actually hoping to do the exam. I never wanted the predictive grades, but then it actually turned out well in the end. I was happy with that,” he says.

His favourite subject was maths, and he is now looking to enroll at University College Cork to study maths science. He says he is eyeing a career in data science and actuary with computer science.

“I really enjoyed maths, but I was quite surprised with how well I did in English. I did a lot of effort in that, because I am not really that great at English.”

Stephen admits that he was “making great progress” when school was cancelled, and was “disappointed” when they announced that there was going to be no summer exams.

He says he was able to do extra studying because he had more time to do so with the absence of school hours.

“I was studying full-time and I was at home. Obviously you had to send assignments to the teachers, so they’re keeping you busy in that. But overall, you had more time to study than you normally would.”

He says, at the start, studying from home felt “like Groundhog Day”.

But to mix it up a bit, he went for a lot of exercise, went for runs, and even tried a new skill—learning to handstand!

“It actually looks a lot harder than it looks. I am almost there. I can hold it for a few seconds at the moment!”