Then and now: A day out at ‘The Ford of the Oak’ - Tom Aherne 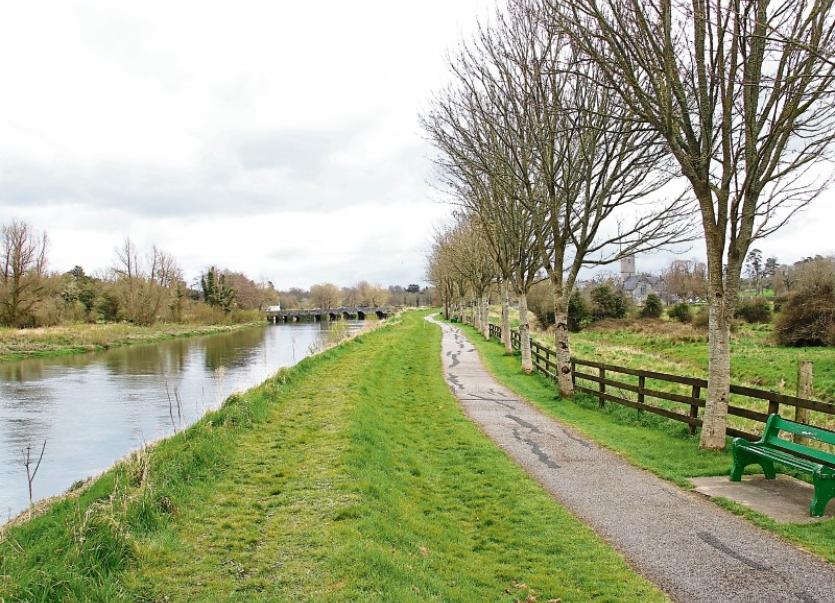 I TOOK a Sunday stroll around the village of Adare recently and it was buzzing with activity. The sun was shining, and a lot of people were around the street, sightseeing shopping and eating out. A good number were availing of the walkway along the banks of the river Maigue, out from the Station road and in by the Dunraven Arms. The Railway arrived in 1867, and the station house is still in good condition, but the tracks are overgrown, since traffic ceased in 1974.

Adare on the way out from Limerick city is the gateway to Kerry and has frequently been described as Ireland's most beautiful village. To approach Adare from this direction is to approach it through woodland loveliness and through time. When we come to the bridge over the river Maigue, we know that somewhere along here, in the distant past, was the ford, with its great overhanging oak. That gave the place its name, Ath Dara, The Ford of the Oak. At the bridge the beauty of Adare suddenly reveals itself to you. Here, in the delightful setting of river and woods, you get your first view of medieval Adare.

That view upstream from the bridge must surely be one of the fairest in Ireland. Before you are the river , wide and clear flowing , with the massive ancient castle of the Kildare Geraldine's rising in grey strength straight up from the water's edge. And a little further up , framed in the woods, stand the graceful ruins of the Franciscan friary, one of the three monasteries Adare once boasted of. This is the part of Adare that inspired Gerald Griffin's lines about "Sweet Adare"

Nor summer sun, nor morning gale,

Adare's three monasteries were founded by members of the Kildare family. The Trinitarian Abbey was founded about the year 1230 for the Trinitarian Canons of the Order of the Redemption of Captives and was the only house of the Order in Ireland. After its suppression at the time of the Reformation it gradually fell into disrepair. In 1811, however, part of the building consisting of tower, nave, and choir, was restored by the first Earl of Dunraven, and given to the Catholics of Adare as a parish church, a role it still fulfils.

The Augustinian Priory was founded in 1315, and it too was suppressed and fell into ruin. It was restored by the Earl of Dunraven in 1807 and has since been used as the Church of Ireland church. Within the Adare Manor Demesne and on the east bank of the river Maigue can be found the remains of the Franciscan Friary. This Friary was founded in 1464 and is one of the most structurally complete Franciscan foundations in the country.

The bell tower is a particularly fine example of the slender towers associated with Irish Franciscan friaries. Within its wall are chantery-chapels, the cloister arcade, the library, gateway, tomb niches, ovens, fireplaces, and a stone carving of Saint Francis. It was attacked and burned by Cromwellian forces in 1646. Though long roofless, it is very well preserved. All three monasteries incorporate much beautiful stonework, and carving of exceptionally fine workmanship.

The Desmond Castle Adare is regarded as a fine example of the medieval fortified castle in Ireland. It is sited on the North bank of the River Maigue in a strategic position on a substantial earlier ringfort where it was able to control traffic on the river. It was an important stronghold of the Earls of Desmond. A strong, square keep forms the defensive core of the castle that stands within a walled ward surrounded by a moat. Beside the river is the great hall, with early 13th century windows looking out on to the river, and nearby is a kitchen and bakery.

The river Maigue flows through the grounds of the Adare Manor Hotel and Golf Resort. The manor house which is located on the banks of the river is the former seat of the Earl of Dunraven and Mount Earl. Construction began in 1831 and it contains some of the walls of an earlier 17th century structure. Local materials and labour were used, and it is a beautiful building of finely worked limestone, in Tudor Gothic style.

The modern village of Adare , with its wide street and groups of thatched cottages, its village fountain and village hall and its restored monasteries now used for church services, is very largely an early 19th century creation of the Dunravens. It has been said that the village has an English look about it, yet it has a character that is unmistakably Irish. The people of Adare are justifiably very proud of their village, so neat and so picturesque.

The old washing pool at the Droichidin (the small bridge) where the women of the village once washed clothes, was tastefully restored by Limerick County Council with the co-operation of Adare's Tidy Town Committee, as a County Council project for European Architectural Heritage Year in 1975. The following year Adare was adjudged Ireland's tidiest town in the very keenly contested Tidy Towns Competition run annually by Bord Fáilte.

Apart from the great beauty of the village itself, and of its surroundings, and apart from its noble heritage of mediaeval buildings, Adare has other claims to fame.

Two native sons Tomás Gliasáin and Tomás O Tuama, were well known 18th century Gaelic poets. In the following century, the village was for a time the home of poet and novelist Gerald Griffin who came to live there in 1821.

He spent some time roaming through the glades , and woods of the Dunraven estate, and watching the forever changing babbling river Maigue. Adare left lasting impressions on Gerald for some of his best-known poems were written about the place.

Where glides the Maigue as silver clear

Among the elms so sweetly flowing

Wild roses on the banks are blowing

Beneath the alder's leafy awning

And sweetly there the small birds sing

When daylight on the hill is drawing.