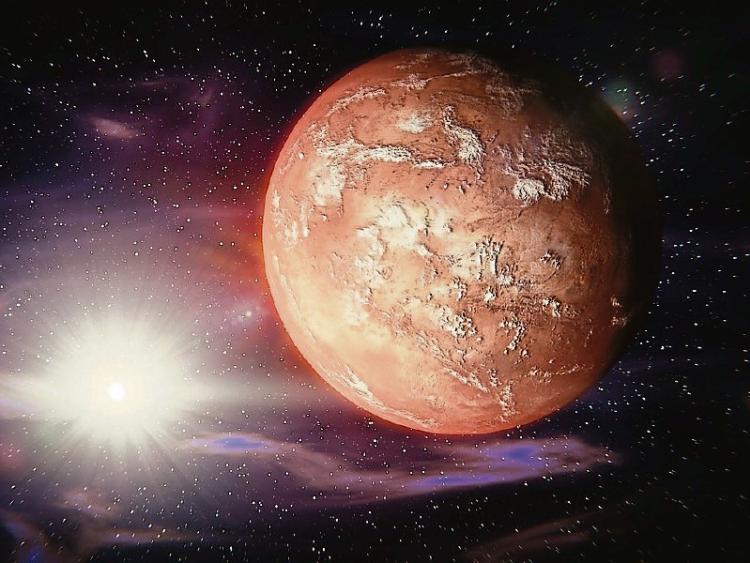 Rising in the east, Mars is currently the fifth brightest object in the sky

Over the last month or so we have become familiar with the planets Jupiter and Saturn dominating the southern evening skies, but as we move into September these will be joined by the distinctive red planet Mars. Rising in the east, Mars is currently the fifth brightest object in the sky and will be easily visible in the late evening.

Early in the morning (4.30 am) on September 6, the Moon and Mars team up for an astronomical treat.

Now visible in the southern sky, the waning gibbous moon will appear very close to Mars. This event is known as a conjunction which occurs when two objects appear close together when viewed from Earth. In reality the Moon and Mars are many millions of kilometres away from each other.

While easily visible with the unaided eye, a pair of binoculars would provide perfect viewing for this event however, the Moon and Mars will seem so close that they will appear in the same field of view in a telescope.

For observers in South America, northern parts of Africa and Portugal this event will be an occultation rather than a conjunction. Instead of the objects appearing close to one another, an occultation occurs when one object, in this case the Moon, passes in front of another, Mars, temporarily blocking the observers view.

The difference in view is because the Moon is much bigger than other celestial objects therefore its position in the sky differs depending on the observer’s location.

Later in the month when the glare of the Moon has moved away from Mars, you can use the planet to try and locate the seventh planet, Uranus. Technically visible with the unaided eye, a dark, moonless sky and binoculars or a small telescope is the best way to view Uranus and even then it will be a challenge. Located to the west of Mars and beneath the brightest star (Hamal) in the constellation of Aries, Uranus is visible as a faint blue disc.

Venus, which illuminated our evening skies earlier in the year is now a morning planet and can be seen shining brightly in the predawn sky. On September 14 locate Venus in the eastern sky and you will notice the waning crescent moon just above it.

As these are the second and third brightest objects in the sky they will remain visible even when the Sun is rising.