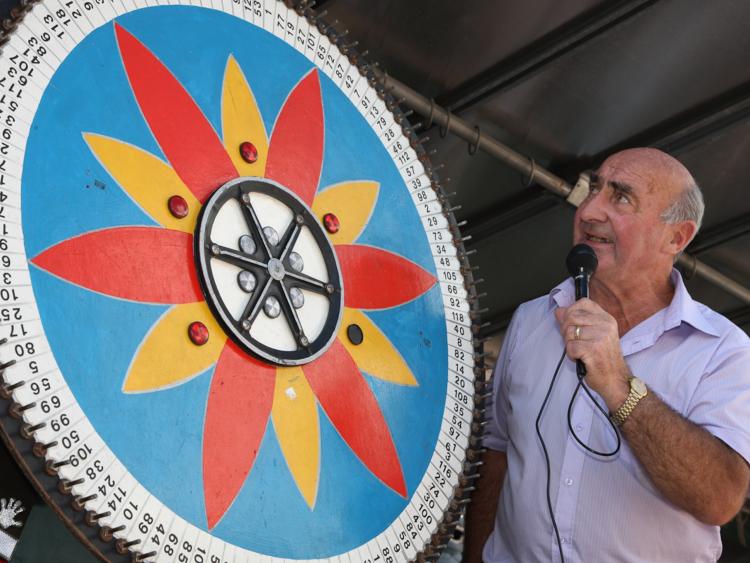 THE LATE John Dillon devoted so much of his life to Milford Hospice it was sadly fitting that staff took care of him when he grew close to heaven’s door.

The Castletroy man, who passed away on August 3 2020, was well known through his charity work and the successful garage Dillon Brothers on the Dublin Road. He was in charge of the Wheel of Fortune at the annual Milford Fair Hospice fundraiser since it began back in 1986. But his involvement goes back even further than that.

In an interview with the Limerick Leader in 2015, John said in 1977, the Little Company of Mary Sisters decided to allocate nine beds in their nursing home at Castletroy to hospice palliative care in a pioneering move.

“At the time, I was involved in a fundraising committee that was organising a major raffle to fund the re-roofing of the Redemptorist Church in Limerick. The plan was to raise enough money over a three-four year period but the roof was actually paid for after just six months.

“So instead of continuing to fundraise for the church, the committee acceded to a request from the chaplain then assigned by the Redemptorist Order to the fledgling hospice to switch our efforts to support the hospice. The committee en bloc became the first Friends of Milford Hospice and I happen to be the sole survivor of that group who is still involved 38 years later!,” said Mr Dillon five years ago.

So his involvement with Milford goes back over 40 years and he was the man over the wheel of fortune for more than 30 of those.

In the same interview in 2015, John said: "Our own family experienced the wonderful care afforded by Milford to two brothers of mine and I am giving back just a little in return. As long as I’m able, I will continue to do so."

And when the time sadly came, Milford looked after John.

Pat Quinlan, chief executive of Milford Care Centre, described John as “a truly remarkable man” and a wonderful, loyal and generous supporter of the work of Milford Hospice going back to the late 1970s.

"All here were deeply saddened by the recent death of John. From the outset of his involvement with Milford, John always had a special relationship and respect for the work of the Congregation of the Little Company of Mary (LCM), who first commenced Hospice services here in Milford in 1977, and built up strong relationship with many of the LCM Sisters down through the years and all of whom held him in such high regard.

"He continued his involvement and support for Milford right up to when he became ill in recent years and his name was synonymous in particular with the Milford Hospice Annual Harvest Fair and its well established and very successful wheel of fortune,” said Mr Quinlan,

The words “kind, caring, generous and capable” trip of the CEO’s tongue.

"John gave so selflessly of his time and efforts in support of our work here in Milford and indeed, equally so for other charities in the region.

"We found him to be always approachable and was always there for us when we needed him and no doubt he will be missed by his wife, Barbara, his family and everybody who knew him. John made a very significant contribution in supporting our hospice work over this very long period of time and for that we will be forever grateful,” said Mr Quinlan.

John will be sadly missed by his loving wife and family, grandchildren, sons-in-law, sisters-in-law, nephews, nieces, relatives and his many friends.