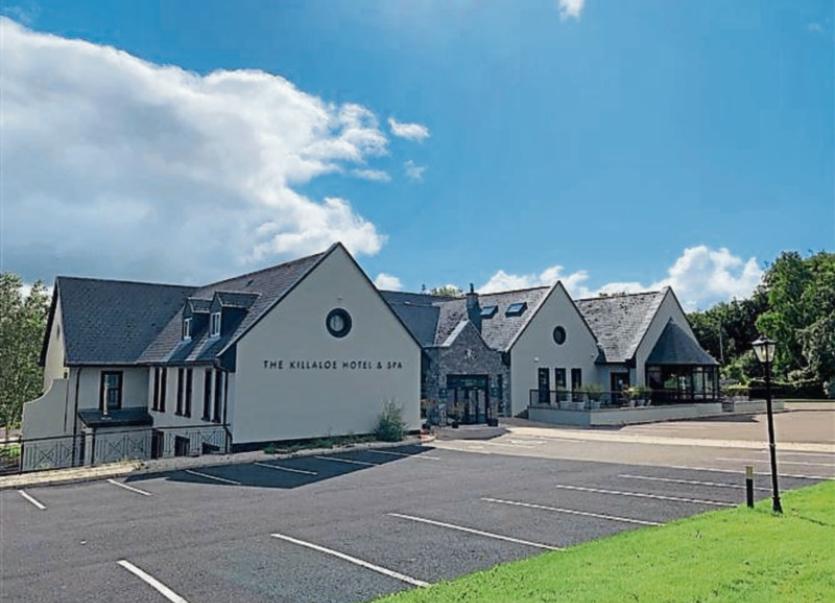 THE son of EuroMillions winner Dolores McNamara has put a hotel he purchased back on the market – without it ever opening its doors, the Leader understands.

Gary McNamara bought the then closed Killaloe Hotel in early 2019. While it is believed that the hotel was refurbished in the meantime, it has remained shut ever since.

It is not known what Mr McNamara, who owns Tinerana House in Killaloe, paid for the 32-bedroom boutique hotel last year. However, it is now back up for sale and the guide price is €2 million.

Handling the sale is Gordon Kearney, of Rooney Auctioneers. When contacted by the Limerick Leader, Mr Kearney confirmed the Killaloe Hotel is for sale but refused to comment on who the vendors are.

The government has urged Irish people to enjoy staycations due to Covid-19 and Mr Kearney said they have had “strong interest” because of that. Rooney Auctioneers have only brought the Killaloe Hotel to the market in recent days.

“Hoteliers are obviously going through a tough time but they do know this is a blip and they will get back to normality at some stage. I think there are people out there saying this is the opportune time to purchase a hotel. We have had strong interest in it already. There has been good engagement,” said Mr Kearney.

The always popular picturesque destination of Killaloe-Ballina speaks for itself.

“It is a beautiful lakeside location with beautiful views over Lough Derg. The other thing that is exciting some of the national hoteliers is they know the bypass is finally in the pipeline for Killaloe-Ballina. The new bridge over the water, that they have been planning for decades, is coming. As you come around Killaloe the end of that will be very close to this hotel.

“You will have excellent accessibility from the motorway, come down the upgraded regional road, over the new bridge and you will be coming very close to this hotel so it makes it very accessible when that is done,” said Mr Kearney.

Dolores McNamara famously won €115 million in the EuroMillions in 2005. After giving an exclusive interview to the Limerick Leader in the aftermath she has kept a remarkably low profile since.