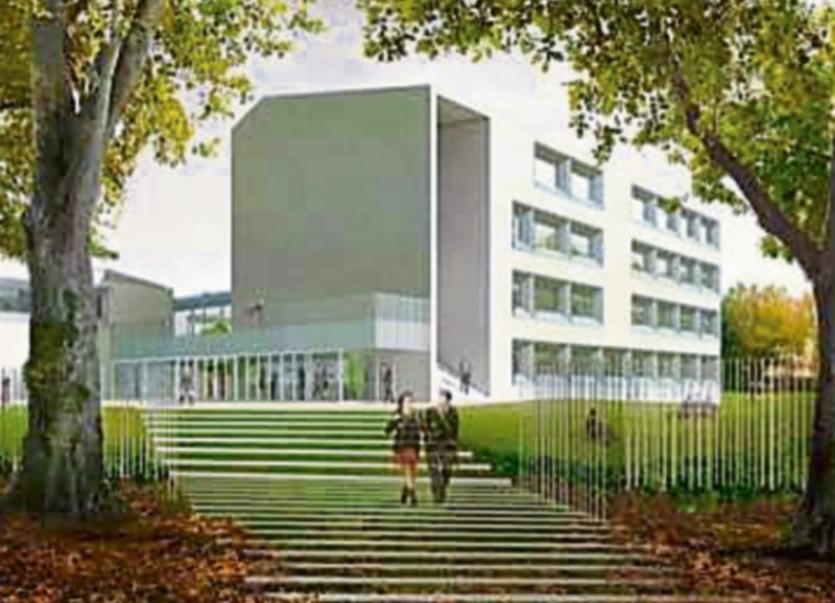 LIMERICK City and County Council has cleared the way for a multi-million euro new school building for Gaelcholáiste Luimni.

Conditional planning permission has been given for the school to relocate along Clare Street at a former Dawn Dairies site.

The school will leave its home for the first 14 years of its life at Sir Harry’s Mall.

A new 7,860 square metre post-primary school will be built, to include six teaching blocks connected by a central circulation corridor.

In this, there will be four two-storey blocks to accommodate general classrooms, specialist rooms, circulation areas, offices, plant room, a dining hall and associated kitchen and storage areas.

Another four-storey block will accommodate specialist rooms, circulation areas, staff room, and storage, while there will be a sports hall with a fitness centre.

Hard play and landscaped social areas will also be erected. The expansion comes amid an explosion in demand for places at Gaelcholáiste Luimnigh which opened in 2006.

Metropolitan district leader, Cllr Sarah Kiely, who sits on the board of the Limerick and Clare Education and Training Board which runs the school is delighted with the grant of permission.

She said: “It’s fantastic news for the children, the staff and the school community. It’s something that’s been planned for a long time and it’s great to see it over the line. Staff have been under pressure with numbers and it’s a really sought after school. We’ve seen year on year the demand for the school is exceptional. They focus on the wellbeing of the child.”

Cllr Kiely sent her children Emily, 19 and Tiernan, 15 to the school.

Tiernan is still studying there.

There has been a widespread welcome for the new school from a number of other quarters.

Former Senator and mayor of Limerick Maria Byrne, who chairs the board of management at the school said it’s “very special news.”

“Thanks to former Principal Donncha, George O’Callaghan, the chief executive of the Limerick and Clare Education and Training Board and his staff, as well as Thompson’s Architects and all involved in getting this project over the line,” Ms Byrne said.

Principal Kevin O’Reilly added: “We look forward to the next exciting stage.”

Cllr Olivia O’Sullivan added in a message to the school: “I am delighted for your staff and all the children that will benefit from this new school building on Clare Street.”

And businessman Pat Carroll had this special tribute: “It’s super to see this excellent school growing over the years and now entering this exciting new phase in its maturity - special comhghairdeas to the original principal and founding father Donncha O Treasaigh for his vision and continuing support.”

Council planners gave the development the go-ahead subject to 21 conditions.

These include a stipulation that an environmental management plan be put together, that €10,000 be given to council for works benefitting the local area, and that a revised road layout plan around the school be produced, showing a new zebra crossing.

On top of this, the school was ordered to reconstruct a nearby footprint, and protect all archeological materials during the construction phase.

Work cannot take place outside the hours of 8am and 8pm Monday to Friday and 8am and 4pm on Saturday.

No work is permitted on Sundays.