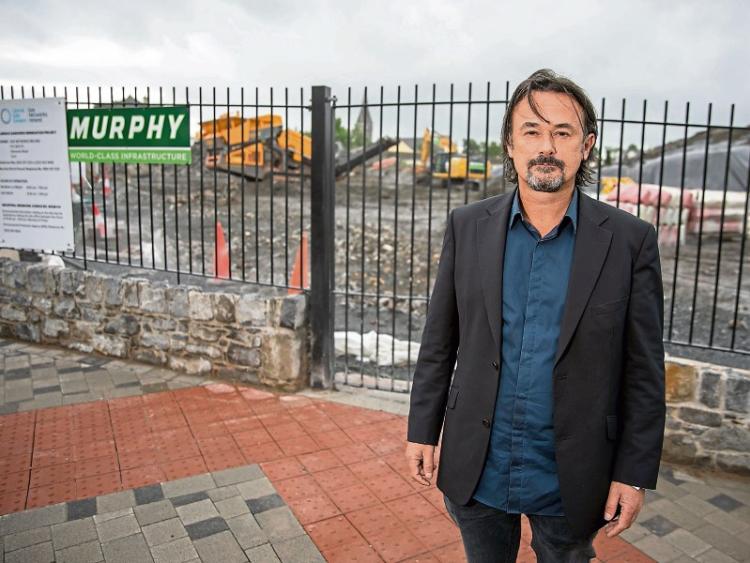 ALMOST 70 people have complained to the environmental watchdog over the smells allegedly emanating from the Limerick gasworks site.

And the Environmental Protection Agency (EPA) has confirmed this week that it’s had 69 complaints about the site since November.

It comes as Gas Networks Ireland continues its clearing of the site in O’Curry Street to make it ready for commercial redevelopment in the years to come.

It’s emerged the EPA is now working with the HSE to assess whether a public health concern in the area.

It comes after Derrick Amrein who runs the Chisel and Oak social enterprise opposite the site, pulled the shutters down on his warehouse due to the issues he was having.

He complained of getting “awful headaches, an upset stomach and diarrhoea.”

It’s anticipated Gas Networks Ireland will complete its three-year clean-up of the site by the end of this month.

Over the last year, polluted soils have been “excavated and stabilised”, while before this, any tar remaining from the vast site was pumped out from deep underground.

The EPA did tell national newspapers that volatile substances were being monitored, but concentrations of these were below established standards for the protection of human health.

The body did put Gas Networks Ireland on notice at the site, however.

For its part, Gas Networks Ireland said emissions at the site is “not toxic”, and pledged to minimise the impact of its works.