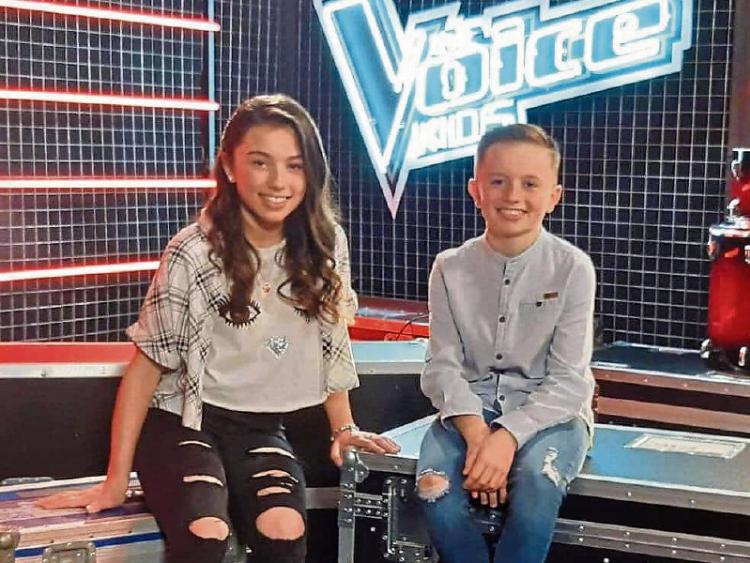 TWO young Limerick musicians are to appear on the top-rating talent show The Voice Kids UK this evening.

Brother-and-sister duo Nessa and Cathal Markham, aged 14 and 13 respectively, will face the judges on the Virgin Media One show, as part of the final blind audition, which airs from 7.25pm tonight.

The youngsters from Ballingarry willl also be seen by millions cross-channel, with the programme being shown at the same time on ITV.

Students at the Croagh School of Music since the age of five, Nessa started out playing the tin whistle before progressing to playing the traditional flute under the guidance of teacher Marian Giltinane.

It’s not the first time the pair have come to prominence – they have brought home county and national Community Games medals for solo and group singing from 2016 to 2018. Cathal also secured medals for dances.

In 2017, the pair have also performed together on the Late Late Toy Show. There, Nessa enjoyed centre stage as a solo singer on The Junior Eurovision (TG4) also in 2017.

Now, all of Limerick will be cheering them on as they face Voice judges, singer Pixie Lott, Danny Jones of McFly, rapper Will.I.Am and Paloma Faith.

The kids will perform a harmonised rendition of Mumford & Sons’ I Will Wait For You in a bid to get through to the next round.

See how they get on, tonight at 7:25pm on Virgin Media One.