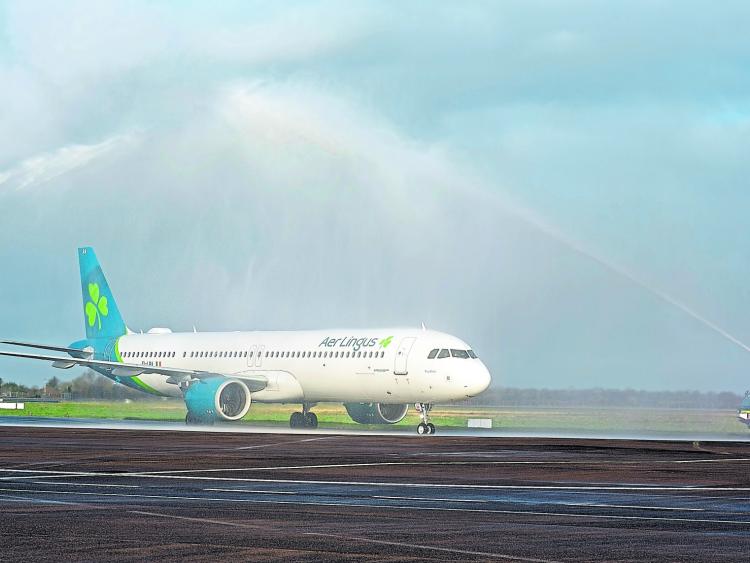 AER Lingus has warned the future of its base at Shannon Airport is under threat – and the firm may seek compulsory redundancies.

In what is described as having “huge ramifications for the Mid-West”, Aer Lingus chief executive Sean Doyle told staff members of the options in an internal video to staff members today.

“We have no line of sight on any meaningful resumption of operations out of either Cork or Shannon Airports. As such we are reviewing the scale of our flying programme from these airports and the ongoing viability of our regional bases there,” Mr Doyle told staff, in comments reported nationally.

Staff were told the airline recorded an operating loss of €98m in the three months to the end of June, its biggest ever quarterly loss, when it operated at less than 5pc of capacity compared with 2019.

“What needs to happen as well is government needs to tell Aer Lingus that it will not tolerate them leaving Shannon Airport behind. Shannon needs to be able to access additional regional airport funding. The State is spending a fortune subventing airports in Kerry, Knock and the worst example is Waterford which has not had a flight commercially in years. It’s crazy stuff,” Cllr Sheehan said.

If Aer Lingus did quit Limerick’s local airport, it would leave behind the treasured connection to London’s Heathrow Airport, as well as a variety of other services including to regional British cities, and Paris Charles de Gaulle airport.

Cllr Sheehan said: “We need this Heathrow connectivity. If we do not have this connectivity, I cannot see how else Shannon can be viable. All efforts need to be put in place to actually try and safeguard the viability of this route. It’s the single most important route out of the airport.”

Fellow councillor Daniel Butler of Fine Gael said: "It's now clear government must offer financial support. Ryanair and EasyJet have received loans worth €670m each from the UK Government. Lufthansa has received €9 billion from the German Government. Aer Lingus is owned by International Airlines Group (IAG). IAG is also the owner of airlines such as British Airways, Iberia, Vueling and Level. Of those airlines, BA has received over €340 million from the UK Government, Iberia and Vueling have received over €1 billion from the Spanish Government. We need to now step up before IAG decide to take more permanent actions to protect its priority airlines in BA and Iberia and protects the 1000s of jobs at stake and indeed our national airline that shares our national brand with the world."

Mr Doyle said job losses will be implemented on a voluntary basis if possible, but on a compulsory basis if necessary, he said.

This is seriously worrying. Government needs to intervene to protect our national airline, our airports and most importantly it's employees! @Nick468official @Live95fmNews https://t.co/UgiCrezr8s

The airline has 350 staff based in Cork and Shannon. Aer Lingus is seeking 500 redundancies across the airline.

In a statement the airline said the impact of Covid-19 on the aviation sector has been compounded in Ireland by what it called the most restrictive travel policies in Europe and the failure to implement supports for the sector.

“Aer Lingus has also not made the required progress on the implementation of industry standard work practices with key cohorts of employees. In this context and given the Aer Lingus quarterly results today, significant redundancies are required across the business.

"The redundancies will be on voluntary basis if possible but may be implemented compulsorily if required. Consultations are ongoing with the relevant representative bodies in this regard. Aer Lingus is also reviewing the scale of our flying programme from Cork and Shannon Airports and the ongoing viability of our regional bases there.”