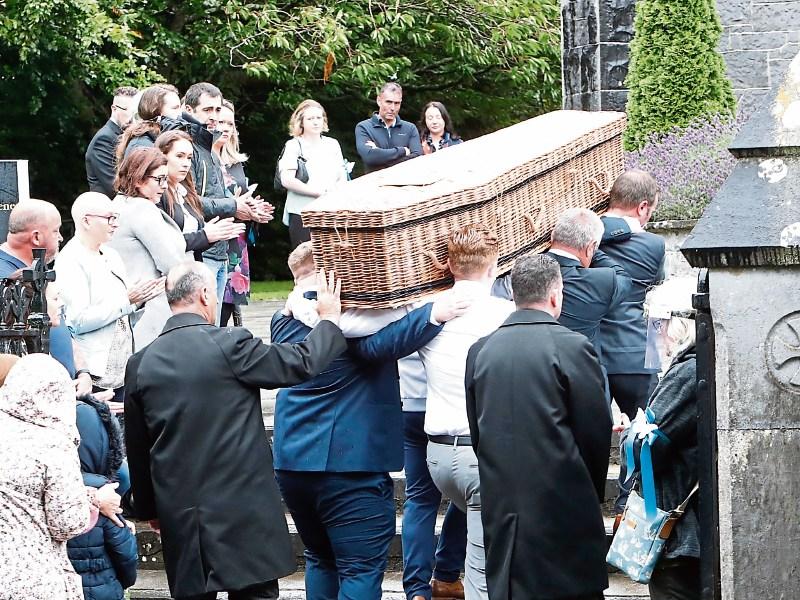 THE heartbroken husband of cervical check campaigner Ruth Morrissey says he and his young daughter Libby will never recover from losing her.

There were tearful scenes at Mary Magdalene Church in Monaleen this Wednesday as friends and family of the brave 39-year-old, pictured, who died over the weekend, gathered to pay their last respects. 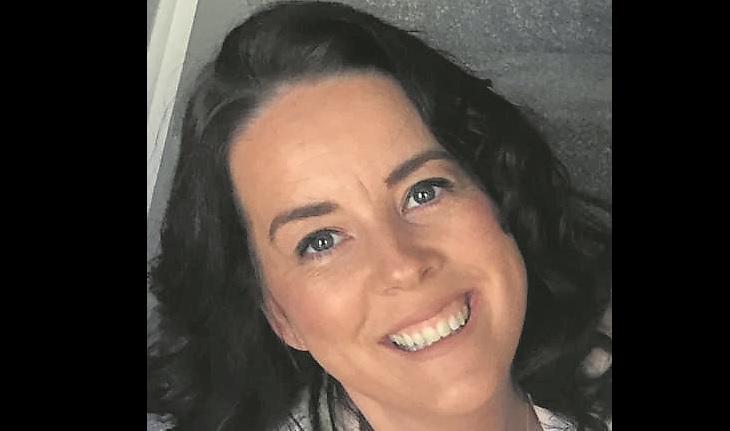 A guard of honour was formed by members of the 221+ group, which provides information, advice, and support to the women and families directly affected by failures in the CervicalCheck screening programme. In that number was Annacotty woman and fellow campaigner Vicky Phelan.

Ruth’s tragic passing comes two years after her High Court win over the HSE and the two laboratories after her smear tests were misread.

Paul told the congregation that they're both "heartbroken and devastated”.

“I don't think we will ever recover from losing Ruth,” he said, “Ruth was my girlfriend, but also my best friend. We did everything together. It helped that we were both Man United supporters, and we later had great times following Munster Rugby together.”

Paul said it is no secret that Ruth was “the boss” in their relationship.

“Not only was she stunningly beautiful with a smile that would light up any room, she was so caring and loving, well able to give sound advice whether you wanted to hear it at the time or not. She was wise beyond her years. She was so intelligent, but she was also great fun. I don't know how I got so lucky when she agreed to become my wife,” he told mourners.

Their only child Libby came into the world in 2011. She sat in the front row of the church, tears in her eyes holding a single yellow rose.

“Ruth was a natural mother. Libby made Ruth so happy. Spending time together was most important thing to Ruth. Libby has inherited so many special qualities. Libby made a card for her Mam on Saturday and signed it mini Ruth. It says it all,” Paul said.

He praised the immense resilience and bravery Ruth showed every day “whether going through treatment, going through the court case, or dealing with the pain”

“It never ceased to amaze me. She carried it all with great dignity and always managed to keep her sense of humour, and appreciated the simply and important things in life,” he added.

Ruth rested in a straw coffin, with a white floral decoration over it. A simple picture of the mother-of-one sat atop it. A few metres away sat a picture of her, and her husband Paul, while a floral mix of roses rested below the altar.

Fr Noel Kirwan, who led the Mass, said: "In the midst of all this struggle, pain and personal crisis, Ruth saw to it that friendship, love and family were at the centre of who she was. That love was what inspired her, that love was what kept her going. That love was a great gift that she had."

Her solicitor Cian O'Carroll read a bidding prayer for the 221 women involved in the CervicalCheck support group and the others who have been inspired by how Ruth met her illness and her fight for justice.

As Ruth left the church, a solo singer performed Roar by Katy Perry.

She is predeceased by her parents Sean and Mary and sister Niamh. The beloved wife of Paul and adored mum of Libby. Sadly missed by her husband, daughter, sisters, brothers, sisters-in-law, brothers-in-law, nieces, nephews, other relatives and a large circle of friends.

Tomorrow night, a vigil will take place at Arthur's Quay Park to remember the campaigner.