Out in the open: I’m thinking of forming a punters’ protection society - John B Keane 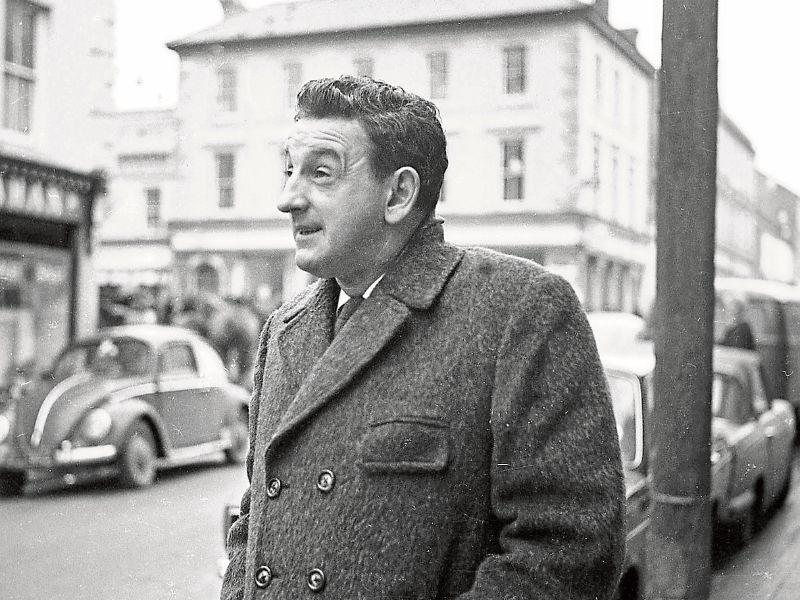 AT a race meeting a few weeks ago I very nearly became involved in a fight. Experience, however, prevailed and everything passed over quietly. The tragedy is that I still harbour regrets for not having kicked a certain gentleman forcefully on the posterior.

Perhaps if I were to unfold the tale for the gentle reader he or she might form an opinion as to whether or not my behaviour on the occasion was right or wrong.

With a friend I arrived at the course twenty minutes before the first race. Our tempers were slightly frayed at the time for I think it is now a widely accepted fact that the most thoughtless and ignorant drivers to be found anywhere are to be found on the roads that lead to race meetings.

Our first function on arrival was to repair to the bar where we each partook of a strong drink in an effort to jigsaw together our shattered nerves. I noticed many others of unsettled temperament in my immediate vicinity. All had glasses in their hands and all seemed to slowly recovering from the effects of travel at high speed.

We watched the first race with no great interest. It was our intention to invest a few pounds on a horse called Tartan something or other in the third. We fancied him strongly and were preserving our funds until he appeared in the parade ring. He duly did and at once we inspected the boards of the many obliging bookies who shouted their odds to all and sundry.

We stopped in front of one whose odds on our fancy slightly exceeded those of his neighbours. We were about to plunge when my friend was struck from behind and felled to the ground without apparent cause or provocation of any kind. His assailant without word or apology was addressing himself to the bookmaker in front of us and these were the exact words he said: “A deuce the top.”

The bookmaker, without change of expression muttered some words to is clerk and the bed was recorded.

With that our brave punter made as though to disappear in the crowd without as much as a glance at my downtrodden friend. Before he could make off, I seized him by the sleeve of his coat and asked him what arrangements, if any, he was proposing to make about the man he had just so unceremoniously bowled over.

“You have felled this innocent man,” I told him. “The father of a large family and as quietly-spoken a provider as you’d find anywhere.”

He looked at me in puzzlement and I could see that he was not fully aware of what he had done. When I pointed out that it was he and he alone who was responsible for flooring the innocent man at our feet, he frowned and with bad grace assisted my friend to his feet.

It was then that I took note of the fellows dress. He wore a smart brown hat, a white trench coat, fawn trousers and brown brogues. Slung across his shoulders were a pair of binoculars. He made no effort to apologise for his onslaught. He explained that he was in a hurry to place a bet before the odds were reduced.

He looked at me with total incomprehension. He was as perplexed as a dying trout at the end of an angler’s line, perplexed because I failed to appreciate the gravity of the business in which he as involved.

“I had to move in before the odds shortened. You must understand that, “ he said.

“I heard you,” I reminded him. “ You had a deuce the top and if my memory serves me correctly a deuce is two pounds. For the investment of this infinitesimal sum, which I often threw to a beggar, you floor my feeble friend without a word of apology.”

His mouth opened and I went on. “You might have caused permanent damage to this man’s spine,” I told him, “And all because you wanted to invest two singly pound notes in a novice hurdle. In Russia,” I said, “you would be sent to the Siberian Salt mines, if you conducted yourself in such a fashion.”

He backed off quickly obviously unaccustomed to such a firm line.

“You will apologise at once,” I told him, “four your thoughtless and scurrilous behaviour.”

He was completely flabbergasted by my absolutely justifiable outburst. It was plain that he had never been addressed in this fashion previously. He wilted visibly, his decorum so dented that all he could think of was disappearing from the scene. Babbling baboon like he retreated and we saw no more of him.

Time passed and our horse came in second, but we were not downhearted because he had given us a good run for our money. Other races passed and we were fortunate to back a short price winner. Then came the last race. There were eleven runners and it was difficult to choose.

We stood in front of a bookmaker’s stand studying our cards when unexpectedly I was struck in the small of the back and sent staggering. My card was knocked from my hands and it gave me all I could do to regain my balance. I searched about for my assailant and found him to be engaged in conversation with the bookmaker before whose stand we had been innocently standing.

I heard his exact words. “A score the bottom,” he said.

He was about to move off having successfully negotiated acceptable odds when again I seized the fellow by the sleeve of his coat. I told him that he had thoughtlessly assaulted me and knocked my racecard from my hand.

“All I was doing,” said he, “was having a bet. With bad grace he retrieved my racecard when I insisted he do so. Then without a word of apology he lost himself in the crowd. My chief regret is for not having tagged him with a parting kick in the posterior.

Racecourses, I have discovered are the favourite haunts of these most ignorant of louts. They think nothing of knocking aside women and children to have a paltry few pounds on a horse. No one is safe when bookies call the odds, but some elementary precautions may be of assistance.

Their aim is to emulate racehorse owners and trainers to be recognised as racy types. One should always keep an elbow free when one is studying a bookies board because they strike when the victim’s back is turned and his attention is elsewhere.

I’m convinced that they are responsible for more assaults than any other type of criminal and I am strongly thinking of founding a body which would be known as the P.P.S. or Punters’ Protection Society. This association would take legal action whenever one of its members might be assaulted by the type of three-half penny punter I have in mind.

Many women of my acquaintance have assured me that they deliberately avoid race meetings because of the buffering they have received over the years. Many came home black and blue as a result of a combined assault when the odds started to shorted in the feature race.

They were thumped, pushed shoved, struck and generally mauled when the rush for the bookies’ boards began and never were they tendered a singly, solitary word of apology.

This article by the late and great John B Keane first appeared in the Limerick Leader in June 1977.