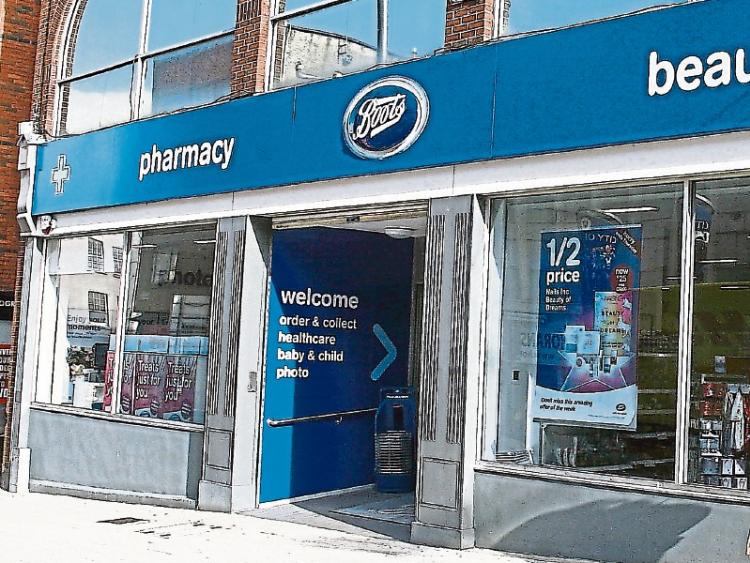 Boots operates three stores in Limerick including at William Street

Pharmacy chain Boots has announced plans to cut up to 4,000 jobs and close 48 stores in response to the Covid-19 crisis which has had a major impact on retailers.

However, the company says the cuts, announced this Thursday, will be imposed in the UK and that Boots stores in the Republic of Ireland will not be affected.

Currently, Boots operates a number of premises in Limerick city including at William Street, Childers Road and at the Crescent Shopping Centre in Dooradoyle.

A spokesperson for the company said that Boots Ireland continues to monitor and review its operations across the country – particularly given the continuing pandemic.

It employs over 2,000 people in Ireland – around 60 of whom work in Limerick.