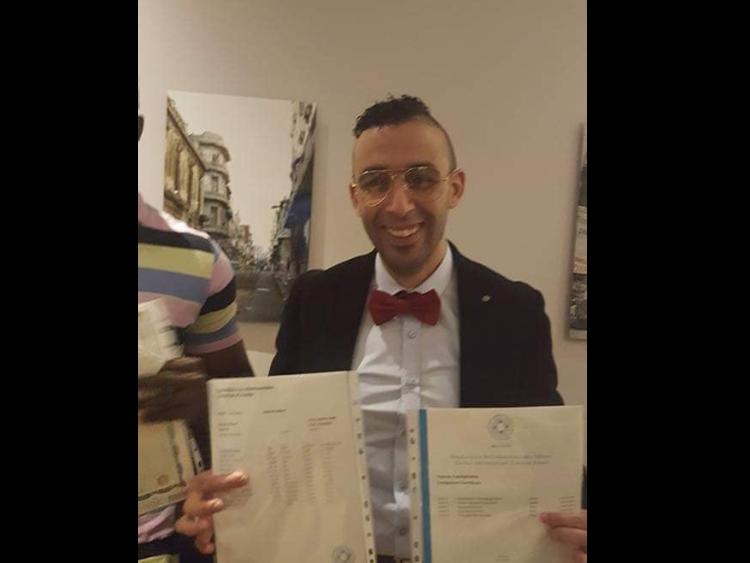 THE CYCLIST killed in a crash in the early hours of Friday morning was travelling home from work in Analog Devices in Raheen.

He has been named as Saad Alwarfally, aged in his 30s, but everyone fondly called him Kiki. Originally from Libya, he had made Limerick his home for the past eight years.

Gardaí are investigating the fatal road traffic collision involving a car and a bicycle that occurred on the Hyde Road at around 12.15am on Friday.

The driver of the car and the cyclist were both pronounced dead at the scene. The driver is understood to be 17-year-old Patrick Pio O'Reilly, of Kilmurry, Castletroy.

Stephanie O'Donnell worked with Saad for several years. She says his workmates and friends will "miss him dearly".

"He was such a lovely guy, a real gentleman and loved by everyone who knew him," said Stephanie.

Saad had continued working throughout the Covid-19 lockdown in Analog.

"He was so obliging and would always help out in work when he was asked - he would never say no. He was very intelligent, quiet and unassuming.

"He had a close circle of friends and workmates who will miss him dearly," said Stephanie. It is understood Saad has a sister, who is a doctor, living in Dublin. The rest of his family are in Libya.

In his spare time, Saad was big in to health and fitness, loved his training and mixed martial arts. His friends don't wan't him to be just named as a "foreign national" in the papers when "he was so much more than that".

Another friend, Ahmed Lotfi said: "He was a good lad and liked by everyone. He was so friendly, helpful, and a straight forward person."

Separately, gardai at Roxboro Road are appealing to any witnesses to contact them at 061 214340.

One line of enquiry that gardai are following is that there may have been another car in the vicinity at the time. The person or persons in this vehicle are thought to be known to the occupants of the car involved in the fatal collision.

"Gardaí are appealing for any road users who may have camera footage (including dash-cam) who were travelling in the Hyde Road area at around 12.30am on Friday, June 26 to make this footage available to gardaí," said a spokesperson.