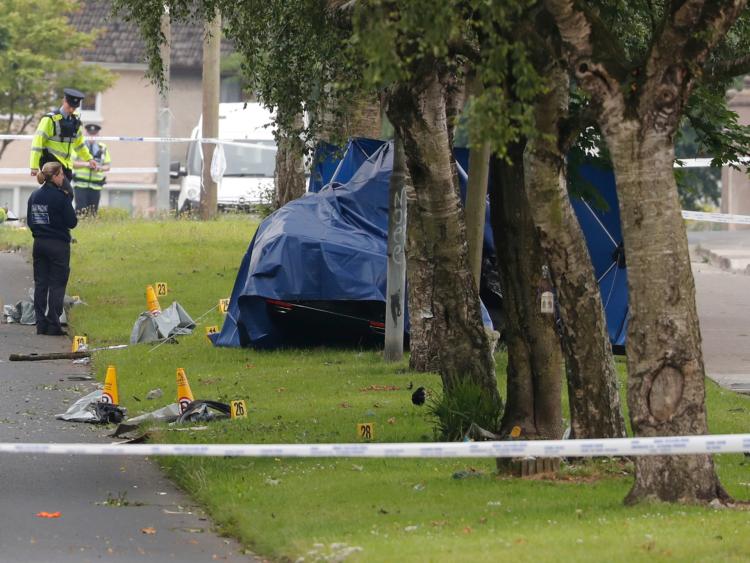 The scene of the crash on the Hyde Road Picture: Press 22

ONE of the two people killed in a crash involving a car and a cyclist on the Hyde Road in the early hours of Friday morning have been named locally.

The driver of the car is understood to be 17-year-old Paddy O'Reilly from the Dublin Road, Castletroy. The cyclist, who is believed to be a foreign national on his way home from work at the time, has not been named.

A front seat passenger in the car, a male youth in his teens, was also injured and was taken by ambulance to UHL, with non-life threatening injuries. He is said to be a relation of the late Mr O'Reilly.

Forensic collision investigators have carried out a full and lengthy examination of the scene as part of the garda investigation. The Hyde Road was only reopened around 4pm.

One line of enquiry that gardai are following is that there may have been another car in the vicinity at the time. The person or persons in this vehicle are thought to be known to the occupants of the car involved in the fatal collision.

Gardai at Roxboro Road are appealing to any witnesses to contact them at 061 214340.

"Gardaí are appealing for any road users who may have camera footage (including dash-cam) who were travelling in the area at around 12.30am on Friday, June 26 to make this footage available to gardaí," said a spokesperson.

Fr Daniel Tomasik, co-parish priest of Our Lady Queen of Peace, said it was a "terrible tragedy". Fr Tomasik expressed his sympathies and condolences to the grieving members of both families.