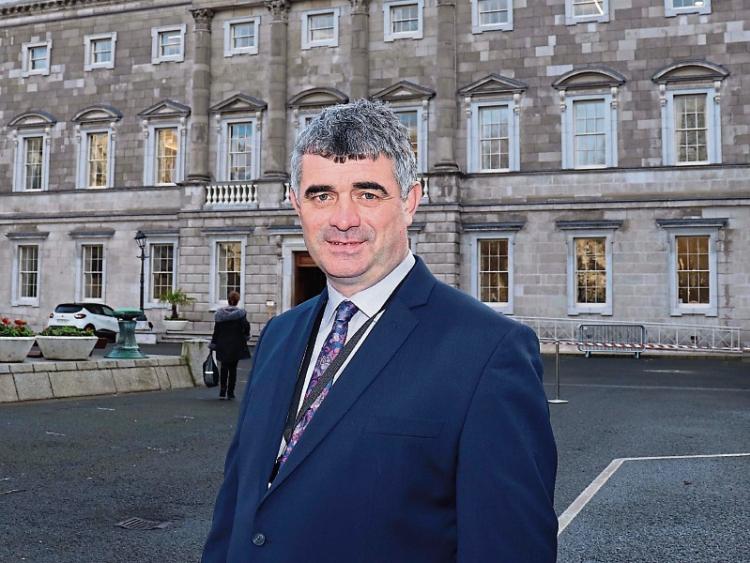 A VILLAGE that has had a boil water notice for six months may not be able to drink the water from the tap for another year.

Deputy Richard O’Donoghue says that Irish Water have told him “it could be a year”.

“I am not accepting it. They need a new borehole and they need a big investment. The government needs to step up and make a decision on what is to be done with Irish Water – investments need to be made. The people that are suffering are the ones in towns and villages that have inadequate water like Fedamore,” said Deputy O’Donoghue.  He said that he is going to keep the pressure on the national water utility and the government that they “produce the funding for Fedamore and for County Limerick”.

In a Leader article two weeks ago about the boil water notice being in place for six months, local resident, Hugh McDermott, said Fedamore is the “forgotten village” Deputy O’Donoghue agrees with him and said there is a lot of anger in the parish.

“I don’t blame them. I saw it on the doors at the local elections and at the general election. I met a young couple after buying a house in Fedamore. If they had known there was a water situation they wouldn’t have bought there and now they are looking into another 12 months of a boil water notice. It disgusts me that people don’t have fresh water that they can drink in their taps,” he said.

”All their funding went into metres. Everything they have done has failed because the infrastructure – which they took over – is an absolute nightmare. It should never have left the local authorities. Irish Water’s long terms plans haven’t worked. If they may think smaller and give services to people. Everything being done at the moment is putting a plaster on something that needs to be replaced.

“Everything is a temporary fix. But the temporary fix is costing more than the proper solution. It is like sending somebody out to fix a pothole that has a spring underneath it. You fill it for 10 years and then you realise you must fix the real problem,” said Deputy O’Donoghue.

An Irish Water spokesperson said they have carried out significant investments across Limerick to address the issues associated with the aging water infrastructure.

“The size and scale of this challenge is significant. However much progress has been made to date to improve water supplies across the county. For example, disinfection systems at 17 plants have been upgraded. We have also finished operational upgrades to public water supplies and pumping stations. Upgraded plants include Ballingarry Spring, Bruree, Rockhill, Anglesboro, Athlacca, Caherconlish, Hospital.