BREAKING: Churches, hairdressers, cinemas to reopen from June 29; all sporting activities can resume 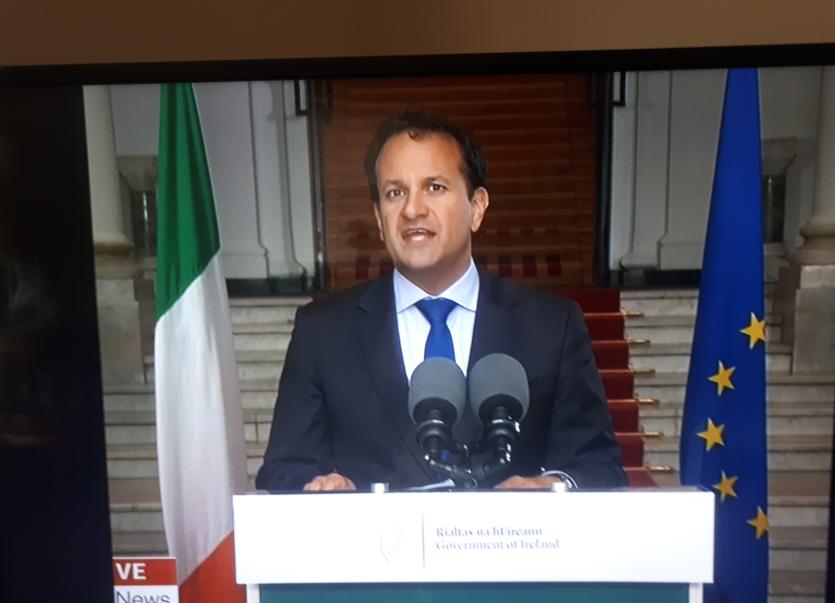 An Taoiseach Leo Varadkar addressing the nation this Friday evening

AN Taoiseach Leo Varadkar has announced that from June 29 "we can accelerate the reopening of our society and economy with most things on the roadmap now being moved to Phase 3".

In an address to the nation this Friday evening Mr Varadkar said that places and services including churches, hairdressers, beauticians, cinemas, theatres and gyms can reopen from June 29.

All sporting activities can resume with limited numbers of spectators allowed. He outlined that close contact sports, including team leagues for adults and children, can resume from June 29.

Mr Varadkar cautioned however that "it will not be as it was before the pandemic. This announcement comes with terms and conditions".

He warned of the importance of people taking personal responsibility when it comes to the virus giving examples such as ‘‘leaving somewhere even if you’ve had a good time, if you’ve been there for too long."

He said people should be guided by distance, activity, time and environment in their decisions.

When questioned at a press conference following the address in relation to social distancing, whether one metre or two metres should be adhered to by businesses opening up on June 29, the chief medical officer Dr Tony Holohan said that a range of advice is being given in relation to different scenarios and it "can't be summarised down to simply, is it one metre or two metres".