Out in the Open: 'Out of the mouths of babes: four letter words' - John B Keane 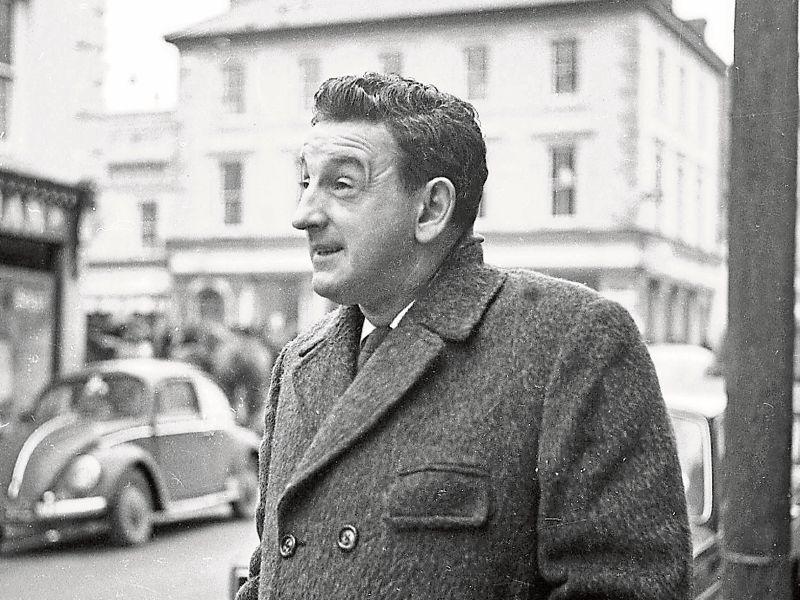 SOMETIMES, because my face is easily recognisable to complete strangers as a result of advertising butter and on account of other television incursions, I am obliged to seek out-of-way places so that I will not have to answer questions which are often as idiotic as to be abusive.

Let me assure readers that I suffer no illusions of grandeur, but like all men and women I value my personal privacy very highly indeed and need my quota of same to remain suspended in a rational state. These withdrawals have many advantages. I learn much by avoiding the trodden paths.

On Saturday evening last I was forced to take a short cut in order to avoid a man who had written a nine-act play and who wanted to tell me all about it.

The short cut took me through one of the town’s backways. A group of boys aged ten to fourteen were playing football. The quality was poor and the language was awful, so awful that I was shocked, something that hasn’t happened to me in years.

I have been known to use a four letter word myself when pushed to the limits of my patience but always I am sorry afterwards, for I know I have at my disposal the wordy wherewithal to coing far more effective and more blistering word barrage.

From the mouths of these lads came a succession of obscenities so filthy and degrading that the total effect was literally sickening.

I shouldn’t have been surprised because only a few months ago I happened to be on a train which contained a number of schoolboys. Again the language consisted of a torrential and consistent shower of four letter words.

Where does the fault lie?

With parents or with teachers or with both? With environment?

My own opinion is that the fun has been taken out of the language we speak. There are no longer word games but there is still an appreciation of the well-turned phrase if one is willing to try.

I think myself that the inventiveness started to go out of our speech not long after the talking film arrived in Ireland and that conversion has been related to an inferior position ever since with the aid of television. I remember on the trains to Limerick when I was a gorsoon the following would be normal: “If Patrickwell how does Abbeyfeale ?”

The answer to this was Askeaton. Then a voice might chime in and say; “Adare you Askeaton.”

Then a young fellow might enter the carriage at Newcastle West and announce that Dimo was dead. Everybody would shout, “Who Kildimo ? Again one was supposed to Askeaton. There would be other cries about who Kilcornan, Kilmichael and Kilmallock. To find the answer the solution as always was to Askeaton.

There would be silence for a while while every younger racked his brains for a worthy contribution. The most heinous crime of all was contained in the following question.

The name of the most innocent youngster in the company would be called and he would stand accused of killing Patrick first and knocking him afterwards.

The answer of course would be Foynes. In those days even the children were geared for the spontaneous reply.

“Much the same as we were before, thank you.”

Today in nine case out of ten you’d be told to eff off.

It is really different these days and I’m not indulging in predictable middle-aged nostalgia. We live in a time when a crude four letter world has ousted the colorful phrases and blunted the edge of the local wit.

Everywhere I go this work and another of the same length are the domination stresses of every phrase from the moment a child is able to formulate a sentence. I often wonder why. The four letter word is without colour, character or true meaning.

I have come to the conclusion that it is the last resort of a society which has accepted sameness, mediocrity and completed regimentation. When the four letter word is relegated to its rightful place we should see a return to original conversation.

I remember an old priest whose housekeeper was addicted to strong language. Whenever the ducks invaded her kitchen she would use four letter words to clear them out.

“F….off out of it,” she would scream. The parish priest grew tired of listening to this dan in, day out. He called her to one side.

“Now, now Minnie,” he chided, “ you mustn’t talk to the ducks like that. Just say cush cush and they’ll f… off themselves.”

So if at the conclusion on this you feel like telling me where to go please don’t say it. Just say go away and I’ll do the other thing myself.

Seriously, however, this increase in use of the four letter word leads me to believe that soon it will become part and parcel of everyday speech inside the home and outside. Because of the lack of restriction as a dismissive expression it is more than likely to establish itself and retain its place.

Another practice which contributed in no small way to its widespread use is that certain parents encourage their offspring, particularly those learning to speak, to mouth the word as if it were the equivalent of a funny story or at the very lease a clever or unusual expression to be commended.

These children are encouraged to sound off opposite strangers and much laughter is to be heard from the parents, after a particularly nasty outburst by the innocent babies. In short the parents think it funny. Not all parents, of course, indulge their children thus.

There is, however, a school of thought which holds that referees are fair game for abuse the moment they blow the whistle for the start of a game. I daresay few would quibble with this since a referee’s performance could be called a public one and, therefore, automatically subject to criticism.

Personally, I have profound pity for the man whose choices of expletives is confined to the four-letter word. I sympathise with him for his very mediocrity. What’s that Shakespeare said about his ilk:

“He hath not fed of the dainties that are bred in a book.

He hath not eat paper as it were.

He hath not drunk ink.”

Really I believe that it’s a monstrous form of incarceration this confinement to four letter words. The mind is imprisoned by the size and monotony and yet I feel that the occasional use of one does no real harm. Rather does it serve as a conveyance for our numerous mental impurities. It attracts them the way honey attracts flies and then dumps them into the vastness of space where they quickly dissolve and are seen no more.

This article by John B Keane first appeared in the Limerick Leader on April 30, 1977.