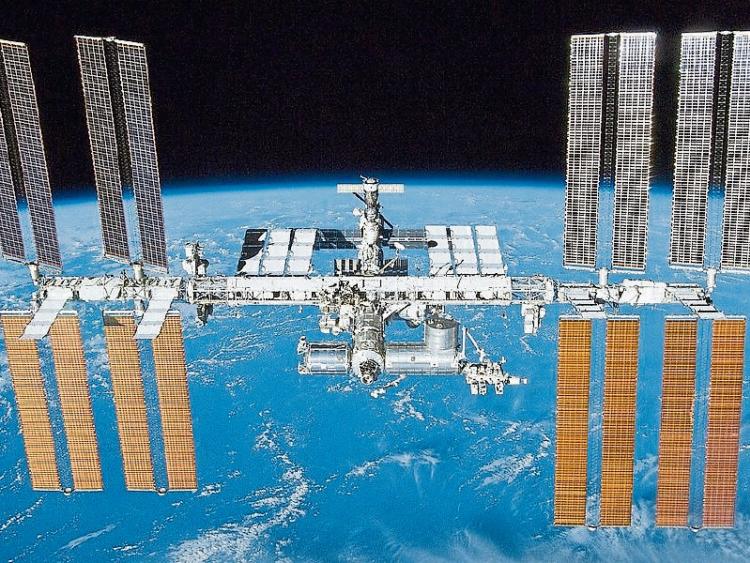 On the last day of May space fanatics all over the world were glued to their screens watching the launch of the first completely new human rated space craft in almost 30 years. Since the space shuttle was retired in 2011 American astronauts have had to hitch a ride on Russian rockets to get to the international space station (ISS), with the launch of the Crew Dragon capsule that is no longer the case.

For me the ISS was the star of the show and that's what i want to talk about in this article. If you go to a website like www.heavens-above.com/ you can enter your location and it will tell you when the ISS is visible from your location and gives you a little map of the sky so you know where to look. And when you do look, you'll get to see what is usually the brightest "star" move across the sky for a few minutes and you'll know that there is people in that object and they are travelling 8 times faster than a rifle bullet about 400km.

It's hard to imagine that this international project was proposed by Ronald Reagan at the height of the cold war and was initially going to be called Space Station Freedom. It went through many design changes and after the fall of the USSR Bill Clinton insisted that Russia should be part of the project and it really earned the ISS name. After long delays the first module of the station was launched in 1998 from Kazakhstan. NASA had contingency plans in case Russia had problems delivering all its part of the station but in the end they were not needed and after a few more modules were delivered Expedition 1 became the first permanent inhabitants of the station in 2000. Over the next 20 years more than 40 space flights have brought 16 different modules to the station and it is not finished yet, there is at least one Russian module scheduled to launch in the next year and NASA has plans to open the station to more commercial activities and this will mean more expansion of the structure.

These plans are motivated in part by the fact that maintaining the station is taking up a large part of NASAs budget and they would prefer to be spending this on their plans for exploring the moon. Later this year a new airlock is going to be installed and it will be used exclusively for commercial projects.