Out in the Open: 'Matchmaker performs the almost impossible' John B Keane 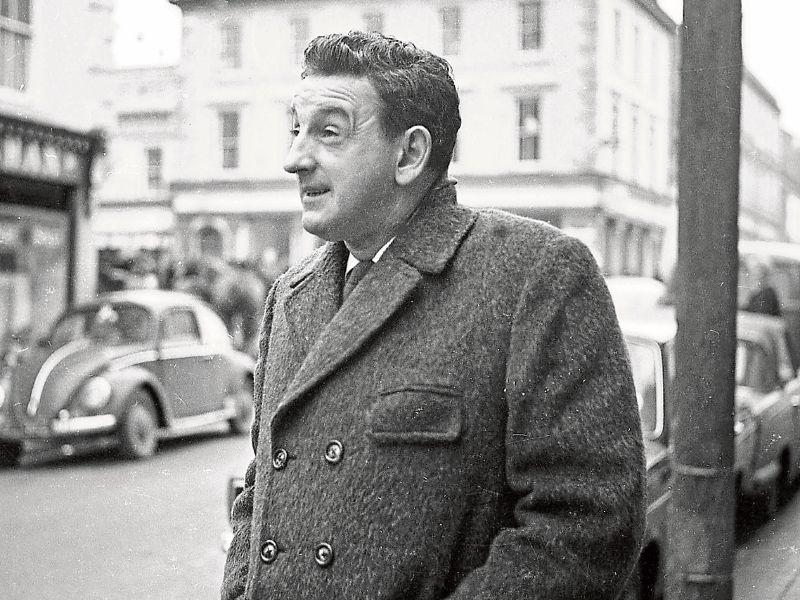 THE trickiest, toughest and most unlikely match ever made by Dan Paddy Andy

O’Sullivan was completed in the fall of the year of 1943, a black time in Europe, but a good time in Ireland where money was scarce but where the vast majority had enough to eat.

Dan was well established as a matchmaker at this stage and had over 100 marriages notched up on a stout holly cudgel which he kept near the fireplace in case burglars or others of mischievous intent might invade his home during the night.

The dance hall was doing well in spite of repeated onslaughts by the clergy, one of whom place a curse on it and declared that Dan Paddy Andy would have neither luck nor grace until the hall was destroyed. An attempt was made to burn it down but a neighbour who was passing saw the smoke and put paid to the dirty work.

There was a minor calamity, however, which occurred around this time. It came with the introduction of a new dance to Renagown. The dance was named, “Horsey, horsey don’t you stop” and the accompanying music was played by a visiting band. There was a good crowd in the hall and there was no likelihood of more customers, Dan went to his home for a cup of tea. On the way back he heard the pounding. The anger surged up within him for remember for that over the door was a large notice which stated explicitly that there was to be “No Pounding.”

The floor of the hall was upraised and consisted of thin wood slate nailed to wooden joists. When Dan arrived part of the floor had collapsed. The first thing he did was to stop the music. When the music stopped so did the dancers, all save two bogadawns and their women. A bogadawn was a name given locally to a big, soft, backward farmers’ boy who were obliged to return to the National School to receive religious instruction for a belated Confirmation. Bogadawns of the time were notoriously wayward. Dan was, therefore obliged to knock their heads together as was his wont when dealing with those who flouted his rules. This stopped their bucklepping quickly enough. Dan went on stage immediately and made one of his famous announcements.

“Let it be known,” said he, “that there is to be no more of this thing called Horsey, horsey. Anyone I catch at it will be barred from this hall for life and moreover I will leave his rear end in such a state that he won’t sit down for three months.”

The following day he hired a carpenter to repair the floor. He also put up a second notice inside the door. It read simply: “No Horsey, horsey.” He took it down after a fortnight lest the nick name stick to him.

Around this time too, it was rumoured at the creamery of Lyreacrompane that two men were black suits and white collars called to Dan in the dead of the night in the summer of 1943. They summoned him out of bed and gained access to the house by giving the impression that they had lost their way. Inside the ordered Dan to go on his knees and renounce his ways. They asked him to give a sworn undertaking that he would never again open his dance hall during the Lenten period.

According to neighbours Dan, who was immensely strong, knocked their heads together and chased them with the holly butt as far as the Cross of Renagown from where they made off in the direction of Glounamucmae. Some said the pair were Christian Brothers, while others insisted they were priests from a not too distant parish. Others claim they were a pair of well known blackguards from a nearby town. No information was forthcoming from Dan about this incident.

The pair should have known better for Dan Paddy Andy’s knuckles were like iron and his grip was the grip of the badger, no release ‘till a bone was heard to crack. He never courted trouble in his life and though he was often challenged by begrudgers who looked askance at the business of matchmaking he never accepted unless he was positively forced to defend himself as we saw when he overcame the boys from Tralee.

But I digress I set out to tell you about the trickiest match ever made by Dan and went astray in the process. As I said it was during the Fall of ‘43.Dan was sitting at the fire late one night reading the Irish Press when there was a gentle but unexpected knock at the door. Dan opened it and there entered a woman he had never seen before. He bade her sit by the fire where he took stock of her. She had a fortyish look about her. She was small and prim. She was also reasonably attractive. Kate O’Brien, Dan never called his wife anything else, set about wetting a mouthful of tea.

When this was swallowed the woman related her tale. She had put more than seven miles behind her that night on a rickety bicycle. Several years before she had lost her husband. He went down under pneumonia. Tragedy struck a second time when she lost her only daughter to the plague of diphtheria which mercilessly swept the countryside in the awful spring and winter of 1937. In Kerry alone there were close to a hundred deaths of this grim reaper.

Dan sympathises with the woman and congratulated her on bearing up so well. She thanked him and explained that she would like to get married again to a man who was fond of the road, who wouldn’t be mooning around her all the time. Dan thought this strange but she told him she did not wish to grow too fond of a man for the second time. She did not want her heart broken again.

“What you ask,” Dan told her, “is almost impossible. I take it you’re at crabbit age yourself and on this account will be wanting a man of the same age or thereabouts. At this age a man is sure to have his wild oats sown and won’t be too anxious for the road. The hearth would be more in his line and that is as it should be.”

Before she left she managed to wring a promise out of him that he could find such a man.

Months passed and the woman called again. She had a tidy little house and a modest farm. She wasn’t short of money but she was growing anxious. The winter had arrived and it was colder than usual.

Dan racked his brains in desperation. I was the most unusual pucker with which he had ever been confronted.

“I see light,” he informed the woman. “I declare to God, but I see light.”

She smiled, it was the first time she would indulge in one.

“Would you marry a travelling man?” Dan asked.

“Is it a tinker you mean?” she asked.

“If you like,” said Dan, “that’s what I mean. Take him or leave him but there’s no other way to suit your case. There is one of the Black Cartys,” Dan went on, “what’s lost his woman four years ago. He’s a fine cut of a man and about your age, which I would say is closer to forty than thirty.”

The woman was agreeable, but Dan was not to contact Carty ‘till the January horse fair in Listowel. The match was made after the couple were introduced to each other. Carty spent the winter and the first part of spring with his new woman, but the minute the buds started to show themselves on the thorn bushes he took to the road and hide nor light of him wasn’t seen ‘till the wild geese started to wing their way south from distant icy regions.

The marriage such as it was worked well. When Carty was out, he was out, but fair dues to him when he was home, he stayed at home. The only time he stirred from her side during his home periods was to the occasional horse fair in Tralee, Castleisland or Listowel. He would also come back that night full of fight and porter, but experienced woman that she was, she took him nice and handy and there was no ruaille buaille.

This article by the late and great John B Keane first appeared in the Limerick Leader on April 23, 1977