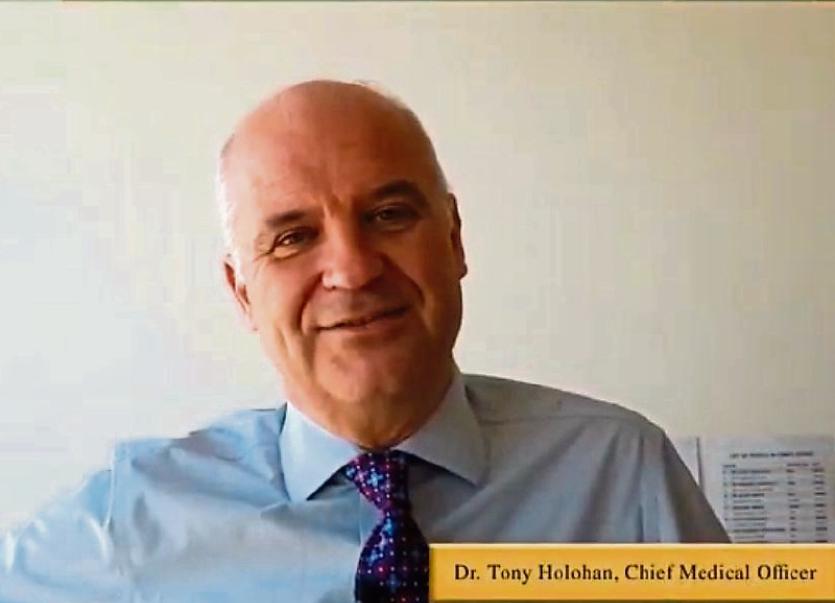 CASTLETROY College had a line-up of speakers at their graduation “ceremony” that Ryan Tubridy would love to have on The Late Late Show.

Principal, Padraig Flanagan said sixth years leaving second level is “a rite of passage” so school staff came up with the idea of a virtual graduation.

“This was our effort to try and replace that. It was very positively received by students and their parents,” said Mr Flanagan. All students, parents, teachers, board of management were invited. Due to its popularity it was then put up on YouTube.

In congratulating the Leaving Cert class of Castletroy College, Dr Holohan said they have reached a momentous milestone in life in difficult and challenging circumstances.

“You haven’t been in the school and you faced the challenge and uncertainty that existed around the Leaving Cert. I know you have that clarity now and I really wish you every success over the next couple of months,” said Dr Holohan, who reminisced about his childhood in Limerick.

“You are attending a fantastic school in an area I know well. I grew up for a good part of my childhood in Castletroy. In my time the school you were in was green fields. I used to walk across them as a short cut to visit my friend.

“I never experienced the school directly but I know about the school and community. It is now a large school and for a relatively new school has had significant impact - academically, sporting and in terms of inclusivity and how it deals with community and supports students all the way through,” said Dr Holohan. He said that is a product of only one thing – leadership.

“That leadership comes from the top. I know your board and particularly your principal have been steadfast in their provision of that leadership to you as students. I am sure that will carry you through life, university and through challenges and opportunities that that will bring for you – I wish you every success,” said Mr Holohan.

Mr Flanagan said there was a hugely positive reaction to the virtual ceremony.

“People found it to be very emotional,” said Mr Flanagan, who added that the school acknowledges the professionalism of Newcastle West videographer Kevin Daly.