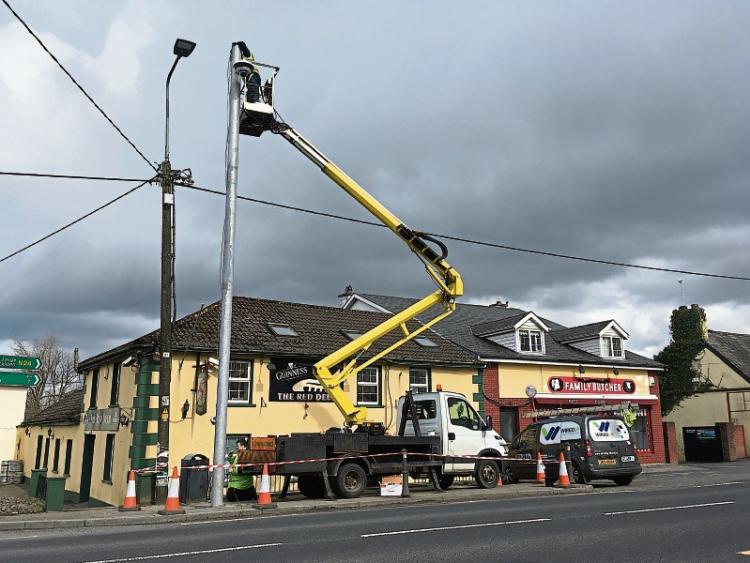 THE STOP button being pressed on further CCTV in locations in County Limerick has angered Cllr Ger Mitchell.

“Once again rural dwellers are being treated as second class citizens which is nothing new. This policy has to immediately change as seen in the protest vote in the recent general election.

“Basically, l am saying protect our genuine, decent citizens. They pay their taxes and expect security at least in return,” said Cllr Mitchell.

At the last meeting of the Cappamore-Kilmallock Municipal District before lockdown on Thursday, February 20, Cllr Mitchell moved the following motion.

“That the next phase of the roll-out of CCTV to the towns and villages of the district, that were not included in the first phase, include the following locations: Hospital, Bruff, Knocklong, Knockainey, Kilteely, Herbertstown, Galbally, Ballylanders, Martinstown, Bulgaden, Meanus, Grange, Bruff, Garrydoolis, Templebraden, Bruree and Doon.”

In reply, Dr Mihai Bilauca, head of digital strategy, Limerick City and County Council, said: “While we have noted the need to roll-out CCTV in the communities mentioned above no new CCTV projects are proceeding until funding for installations and maintenance is made available.

“Wave 2 of the Smart CCTV Pilot Project in the hinterlands is currently in progress as it has already been financed, procured and contracted.This cannot be extended to include other areas due to planning, scoping, legal requirements and limited funding.”

“At the last meeting of the Joint Policing Sub Committee of the Cappamore-Kilmallock Municipal District we were informed by Superintendent Aileen Magner that burglaries increased by 47%.

“It is and should be the top priority of any government to protect its law-abiding citizens irrespective of funding. This is a civil right that people can go about their business in a safe manner,” said Cllr Mitchell.

The Hospital-based Fine Gael councillor said the cameras are an “effective, necessary tool in conjunction with gardai in this day and age where crime prevails on a daily basis”.

“They assist in monitoring, prevention, detection and provide evidence to put guilty offenders behind bars. Subsequently they give a great sense of security and relieve anxiety and worry,” said Cllr Ger Mitchell.