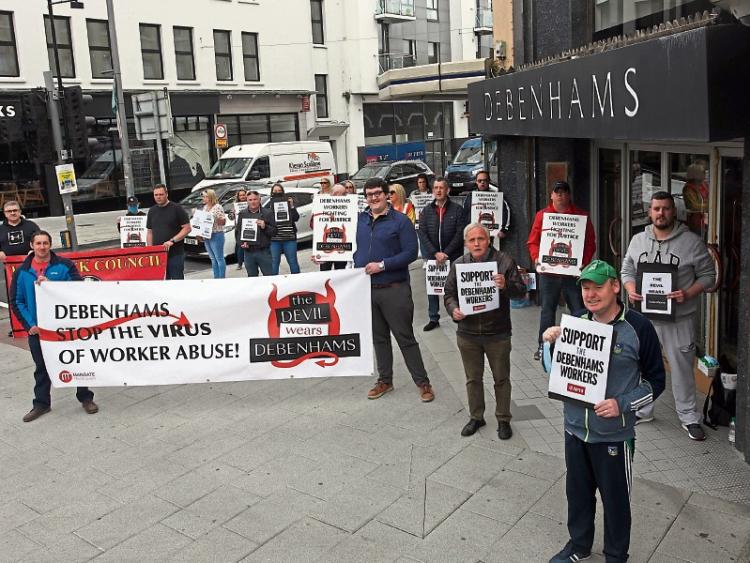 DEBENHAMS workers are to block stock being removed from the chain’s stores and warehouses after voting in favour of strike action.

After a big protest at the British retailer’s store in O’Connell Street, which closed during the onset of Covid-19, staff represented by Mandate are set to take more draconian measures in the hope of having the firm pay their redundancy.

Some 97% of the workers nationally voted for strike action, which is being backed by the Mandate trade union.

Workers believe Debenhams has up to €35m in stock in Ireland, and are fearful it will be moved to the firm’s British operation which is set to carry on trading.

In Limerick,​ more than 50 of the 100 retail staff who lost their jobs held a protest.

They joined other Debenhams staff from around the country left in the same boat after ​Debenhams put its Irish ​operation in liquidation.

The move has shuttered its 11 stores and cost almost 1,000 jobs, including at the landmark O’Connell Street building in Limerick.

Throughout the protest, car, bus and van drivers blew their horns in support of the staff, while CostCo, based in Carew Park provided bottles of water to the demonstrators.

Liquidator Mr Kieran Wallace did not return a request for comment. Debenhams Ireland had previously told the High Court it had “no option” but to wind the firm up.