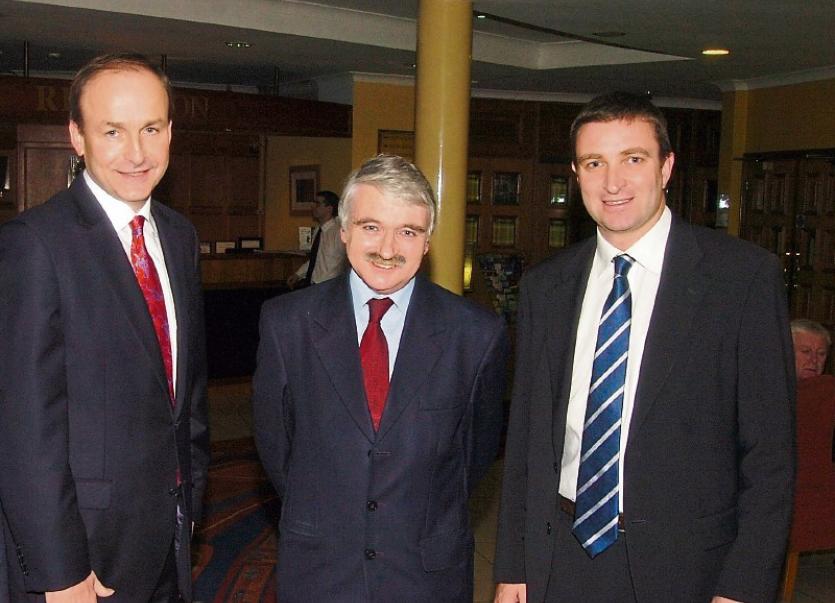 FIANNA Fail TD Niall Collins has challenged his party leader to “recognise Limerick” in terms of the make-up of his portion of government.

Should talks with smaller parties go well, the two Civil War parties are set to come together in an historic coalition to form the government of the 33rd Dail.

While Mr Collins is being tipped for the job of chief whip, a role which will see him attend Cabinet, he would not be drawn on jobs.

“I would be hoping to play a role in government in some shape or description,” was what he said.

It’s more important that Limerick has a voice at Cabinet, he said.

“Limerick is the driver for the Mid-West region. We're the third largest region in the country. I would be challenging Micheal Martin to recognise Limerick. During the last government, he regularly criticised the government for being very Dublin-centred to the detriment to the regions,” Mr Collins added.

No doubt both Mr Collins and ​Mr O’Donnell would have designs on the top jobs. But with a more-or-less even split between Fine Gael and Fianna Fail, these positions will be at a premium.

Added into the mix a third party, or a batch of independents, and the pool becomes smaller still.

"The more parties involved in government, the fewer positions there are to go around. Any Independent signing up is going to be looking for position if they’re worth their salt. It’s like the Wedding Feast at Cana, the loaves and the fishes,” one politician said.

It remains to be seen which of the smaller parties will do a deal with Fine Gael and Fianna Fail, with talks set to kick off around the two parties’ policy document this week – Labour, the Green Party and the Social Democrats will all be approached, alongside Independent groupings.

Local Green Party TD Brian Leddin ​said his party is not ruling itself out of government.

“We had a position two weeks ago that we did not believe it was appropriate to be discussing government formation and detailed policy in the middle of this huge crisis. It was interpreted quite incorrectly we had ruled ourselves out of government. But we never did. We've always been serious about wanting to make the changes we believe are necessary in how the country is managed so we get to the right place in 10 to 15 years time. We are open to being in government. We wouldn't choose opposition lightly,” he told the Limerick Leader.

Labour and its new leader Alan Kelly have not appeared so keen.

But Mr Collins said: “I would be hopeful in the interests of the country the smaller parties would put the country first ahead of narrow party political interests.

"It would be reckless in the extreme for any party to trigger or precipitate a general election in the midst of this crisis.”

Mr Leddin said: “With any decisions we take, we will put the country first. We are serious about that. We do hope that Fianna Fail, Niall's party have the appetite for the kind of changes which are necessary. This crisis is upon us, but we will move into a phase of rebuilding our society and our economy. It will continue for as couple of years. We must be mindful of where we are trying to get to and mindful of the longer term environmental crises.”

And he acknowledged that he doesn’t think another general election is in anybody’s interest at present.

“It would  represent a failure of all the political parties to iron out their differences and work together. We won't see it as being the right approach,” he said.

Mr O’Donnell said any new government must last until 2025.

“The decisions we have to make will be of a monumental nature. It will bring about changes in the way society is operated, and how public services are delivered, and for that to happen, it needs to have an element of compatibility, and secondly, it needs the numbers in terms of being secure,” he said.

On the idea of Confidence and Supply, the former Senator said: “We need something that is absolutely secure. For that to be put in place, you need absolute certainty. There was a degree of uncertainty around [the last administration], despite the government hanging on much longer than expected.”