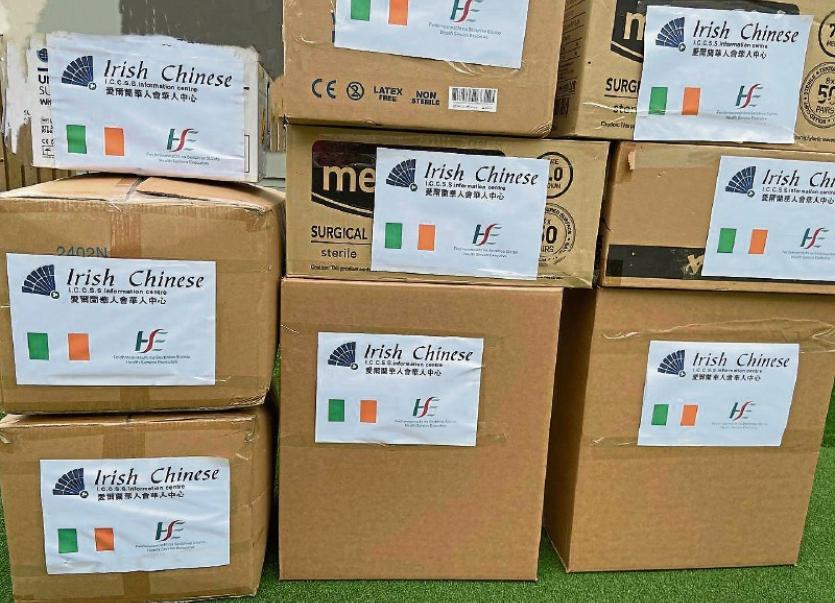 Donation: the boxes of PPE from the Irish Chinese Cultural Society

THE Irish Chinese Cultural Society (ICCS) has made a donation of personal protective equipment to University Hospital Limerick (UHL) as staff there fight coronavirus.

The group has afforded protective N95 masks, goggles and anti-viral masks for the general public to the Dooradoyle hospital which is on the front-line of the battle against Covid-19.

Dr Katherine Chan Mullen, the founder of the ICCS, which exists to build bridges between the Irish and the Chinese populations here, said the equipment was sourced from China.

She added there were many reasons why the ICCS wanted to help Limerick out.

"Limerick is twinned with a Chinese city, it has a sister city relationship with Hangzhou city. So this link is quite important to us. Just before I got married, I also worked un University Hospital Limerick. I'm a GP now. But I was working in Limerick for a number of years. We felt we owed Limerick something. Limerick has been so good to our community,” Dr Mullen added.

“It's not a huge donation, but we feel we did our best,” she said.

There are also hopes that the government of Hangzhou, a city of 10 million people in the east of the country will send a further donation to Limerick.

During his term as mayor, Cllr James Collins led a delegation to the city.

Dr Mullen said she made the donation because “we love Limerick, we have a relationship with it.”

The boxes of PPE were distributed by Fleming Medical, based in the Dock Road.

A big thank you to the Irish Chinese Cultural Society! They have made a generous donation of leftover PPE to the @HSELive. #COVID2019IRELAND #PPE pic.twitter.com/lConsALFsJ