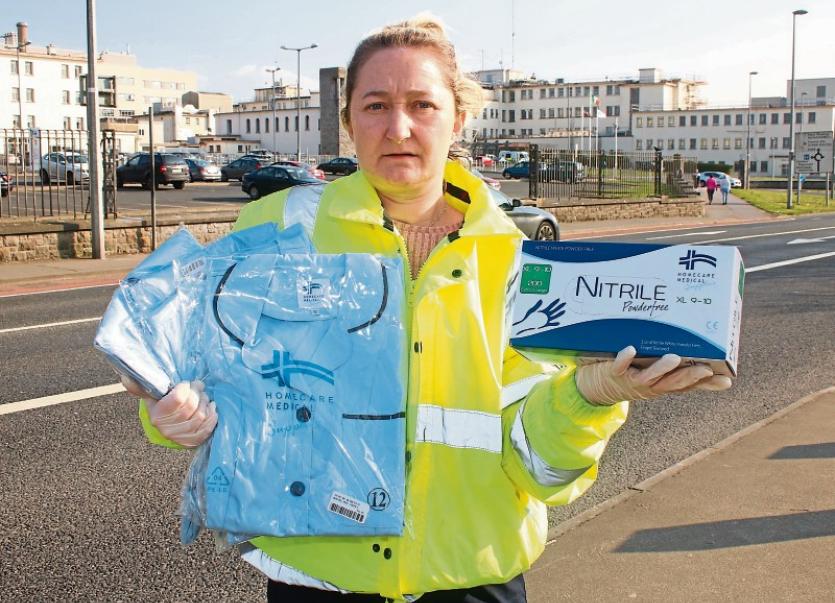 Eighteen-year-old Tyrone McGuane and his 10-year-old sister Madison from the Lee Estate, raised €1,750 from the sale of a CD entitled Made to Live.

They were planning to donate the money to Limerick Treaty Suicide Prevention, which provides riverside support to people in distress across the city.

However, with the coronavirus pandemic in full swing, they decided to instead ensure health workers in Dooradoyle had access to the equipment they needed.

The pair’s mother Marion delivered glasses, gloves, aprons and uniforms for nurses to the Dooradoyle hospital.

“I feel they are very very brave. They are heroes non-stop, and these people are on the front-line every day anyway. But now with this coronavirus and the unpredictability of it, they are still going in, trying to put a smile on people’s faces. It’s something I find amazing,” she said.

The move to divert the donation to University Hospital Limerick, she said, came after talks with Limerick Treaty Suicide Prevention, whose members were happy to see this happen.

”We wanted to do our bit,” Marion said, “When this is all over, we will get back together again, and we will be able to do other fundraisers for our group going forward.”

She added her son Tyrone is “over the moon” with the money raised.

Made to Live was recorded in just three weeks by Tyrone who is studying education at Mary Immaculate College and his sister with the help of Ciara Meade and Dom Chappell at the Learning Hub in Thomondgate.

The pair performed the track both in Limerick, and at a suicide prevention night in the London.

A variety of PPE equipment was flown into Dublin Airport yesterday from the Chinese capital of Beijing. It is the first of 10 flights to Beijing to deliver the gear to Ireland as part of a €208m deal.