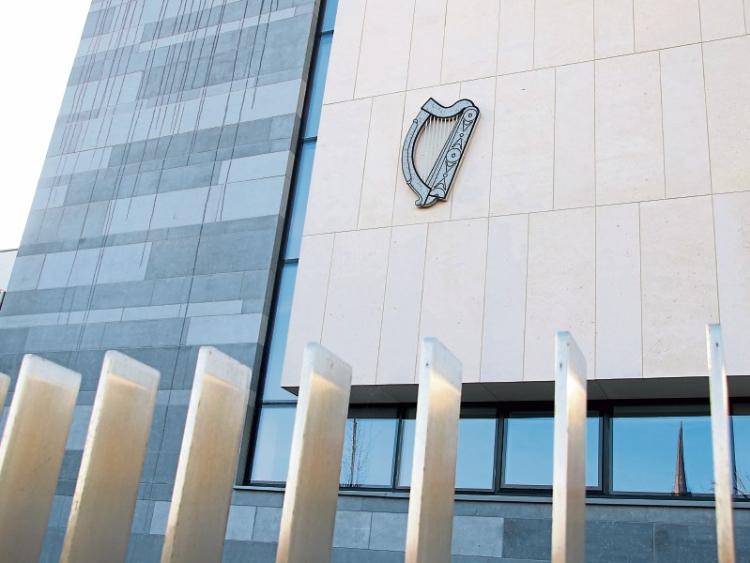 A WOMAN allegedly stabbed a man she met on Tinder in a “frenzied knife attack” while wearing a black wig to “disguise herself”, Limerick District Court has heard.

“There was no reply after caution,” said Garda Aherne.

Julianne Kiely, solicitor for Ms Romanovska, applied for bail. Ms Kiely said her client “denied any involvement”. She said she was not in Limerick on the day in question and the injured party has not identified her client as the culprit.

Garda Aherne said he was objecting to bail on the belief that Ms Romanovska will “continue to commit serious crimes, poses a live threat to the life of the injured party and if given bail would not obey the terms”. He added that “further, more serious charges are going to be sought”.

Garda Aherne alleged that at 8.05am on Wednesday, March 11, the injured party walked out of the elevator in Newtown House apartment building in Henry Street - located close to the garda station.

He said it will be alleged that he was attacked from behind and that Ms Romanovska lunged at his neck with a knife and attempted to stab him in the jugular. “When he turned around she tried to stab him in the chest. There were four more lunges at the injured party,” he said.

“It only stopped when he threw a punch to stop the frenzied knife attack. He received three stab wounds - chest, right and upper left shoulder,” said Garda Aherne, who added that gardai had harvested CCTV from a number of locations.

Garda Aherne said it is the State case that Ms Romanovska travelled by bus from Ennis to Arthur’s Quay at 6.40am. He alleged that the route she took to Henry Street, via O’Callaghan Strand, was a “counter surveillance tactic”.

“She put on a black wig to disguise herself. She waited outside Newtown House for a resident to open the door so she could sneak inside. She was wearing gloves which shows how forensically aware she is. She waited 10 minutes for the injured party to exit the lift. She calculated and co-ordinated it.

“When she exited the building, she went down Mallow Street. She went into an alcove in Riverpoint. She stayed there for two minutes, removed her wig and turned her jacket inside out,” alleged Garda Aherne.

The garda said it will be further alleged that Ms Romanovska returned to Arthur’s Quay via residential areas as a “counter surveillance tactic”.

“She got the bus back to Ennis. She used a travel pass. On the previous day, March 10, she made the same journey to Newtown House. She waited for an hour and 10 minutes but the injured party had left for work early. The next day he was stabbed numerous times. This shows her determination to kill him,” alleged Garda Aherne.

Regarding the connection between the two parties, Garda Aherne said they went on a number of dates but were not in a relationship.

“She described him as a ‘nice, funny, man who treated her well’. There’s no motive. She denied any involvement,” said Garda Aherne.

The court heard that a wig, gloves, jacket, and a travel pass allegedly found in Ms Romanovska’s wallet, had been seized by gardai.

He said the defendant’s phone has been seized and examined and alleged that evidence was found linking her to Limerick.

“She is a Latvian national. She has travelled to Israel and Latvia. I have serious concerns for the safety of the injured party. She has shown no remorse,” said Garda Aherne.

Ms Kiely put it to Garda Aherne that her client was a Latvian national living in Ireland since 2006. “Yes,” said Garda Aherne.

“There is no basis to say she won’t abide by bail conditions and is willing to volunteer her passport,” said Ms Kiely.

Ms Kiely said when Ms Romanovska was shown the CCTV footage she “repeatedly and vehemently denied it was her”. “Yes. On one part she said, ‘That lady is very beautiful, I wish I was as beautiful as her’,” said Garda Aherne.

Ms Kiely said it was “misleading” to say Ms Romanovska can be “seen doing this and doing that on CCTV”.

“That is an incorrect statement. Most of the CCTV is very poor quality. The State alleges they are following a person but there is no CCTV around the area it occurs, no facial recognition,” said Ms Kiely.

Garda Aherne said: “I disagree. We have gathered substantial CCTV. There is high definition. We can trace her movements.”

Ms Kiely said in once piece of CCTV there were at least three individuals wearing a white top and black bottoms which the State alleges is Ms Romanovska.

The solicitor said some of the CCTV was so poor that there was a “question mark over the colour of a person’s skin” not to mind whether they had blonde or black hair. “Much of it relates to a moving dot,” said Ms Kiely.

She put it to Garda Aherne that the injured party has not named the person who did this. “He hasn’t,” said Garda Aherne.

They were “face to face” asked Ms Kiely. “Yes. He said he was attacked by somebody believed to be female, five foot six / seven in height with black hair,” said Garda Aherne.

Ms Kiely asked if there was forensic evidence at this point in time. Garda Aherne said the results of tests and analysis were awaited.

Judge Marian O’Leary asked how well known the injured party and Ms Romanovska were to each other. Ms Kiely said they connected through Tinder last August. “They met three times last summer. The injured party reconnected and they met two weeks ago,” said Ms Kiely.

Over 20 minutes of CCTV footage was then shown to the court including the alleged stabbing incident in the apartment block foyer.

Sergeant Sean Murray objected to bail, due to the "seriousness of the charges, serious concerns for the injured party should she be released, flight risk as she regularly visits Latvia, and the strength of the evidence including CCTV and the seized travel pass, wig and gloves".

Ms Kiely submitted the CCTV is “not as strong as the State say it is, there is nothing to say she won’t abide by conditions, will surrender her passport and in these unprecedented times the population will not be able to travel anywhere".

Judge O’Leary said on the basis of all the evidence she was granting bail on the defendant’s own bond of €1,000 with €500 to be lodged. An independent surety of €5,000 must also be lodged with the court.

Ms Romanovska must be of good behaviour, sign on daily at Ennis Garda Station, obey a curfew, have no contact whatsoever with the alleged injured party, surrender her passport, and stay out of Limerick city.

Ms Romanovska was remanded in custody with consent to bail.