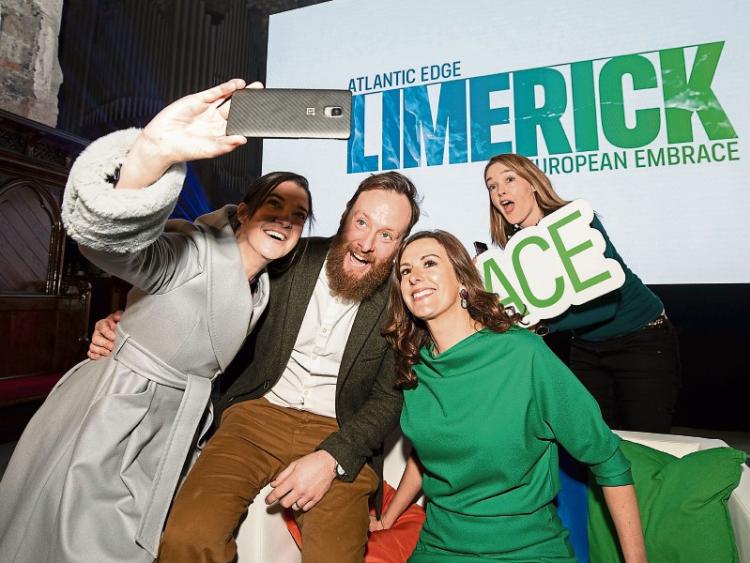 WHEN LAURA Ryan entered the world of public relations in Limerick, it was somewhat of a baptism of fire.

Lehman Brothers had crashed, spawning the abyssal spiral that was the global financial crash, and it was not long before this calamity took its toll on Limerick.

Then came the “Darkest Day”, the shedding of almost 2,000 jobs at Dell, causing a chain reaction of gloom across the Mid-West region.

The end of the so-called Celtic Tiger wasn’t the only hurdle that Laura had to surmount, as the city had only been recently mourning the murder of Shane Geoghegan, a symbol of the trauma inflicted on Limerick by ruthless mobsters.

So how do you promote your hometown when it becomes swallowed up in heartbreak?

For Laura, who is Limerick City and County Council’s head of communications and marketing, it was about going to the drawing board and devising a way to reimagine Limerick, and not just for the locals, but for those with negative or no thoughts on the Treaty City.

Years before the launch of the much-celebrated Brand Limerick, there were a few significant tasks to tackle. For example, she said there was a “huge issue” whenever you Googled Limerick.

“The image of the city was particularly a massive thing. That’s why we concentrated on Limerick.ie, and building up content. Good trusted content on Limerick. We didn’t have a massive budget, so that’s where we started,” Laura says.

The website was the first major project after being appointed the region’s marketing chief in 2016.

Then came the planning for Limerick’s first major brand as a globally, competitive city. And one of the first aspects of the three-year prep work was a reputation audit, whereby they visited other parts of Ireland to learn about their perceptions of Limerick.

“Armed with that information, we realised that people didn’t think about Limerick at all. Some people did and there was a lot of positive association with UL and Munster Rugby.”

Read also: Limerick On The Up: We catch up with Council CEO Dr Pat Daly to talk about Limerick's new brand

There were some negative associations with Limerick, while some never thought of visiting Limerick. An eye-opener, she says.

It was not long after this when the tender process for Brand Limerick was launched. And in September 2018, advertising gurus M&C Saatchi were charged with leading the creation of Limerick’s new marketing campaign, which took around 18 months to devise.

Then came the slick, abstract brand launched on January 30.

“It’s very hard to get something to say a lot with very little. Especially about a brand that is an umbrella brand,” she says, adding that unlike Cork, Limerick will have the one umbrella brand that will cater for three main audiences: investment, tourism, and education/relocation.

And with a new brand to promote a growing Limerick, comes responsibility to maintain that growth. So what is the council doing for that?

“The council has a new corporate plan. The new development plan is happening at the moment, and the consultation is going out for that.

But the main emphasis on the new campaign is that it should not be seen as a council initiative, rather one driven by the community.

Businesses that benefit from the tourism sector are also adapting to the brand. For example, Treaty City Brewery have rebranded with their own Edge and Embrace drinks, while a number of hotels are giving their own websites a facelift to reflect the vision.

And now that Limerick’s image has transformed following the European Capital of Culture bid and 2014 designation, Laura Ryan is confident that there is strong momentum for the region’s biggest ever marketing campaign.