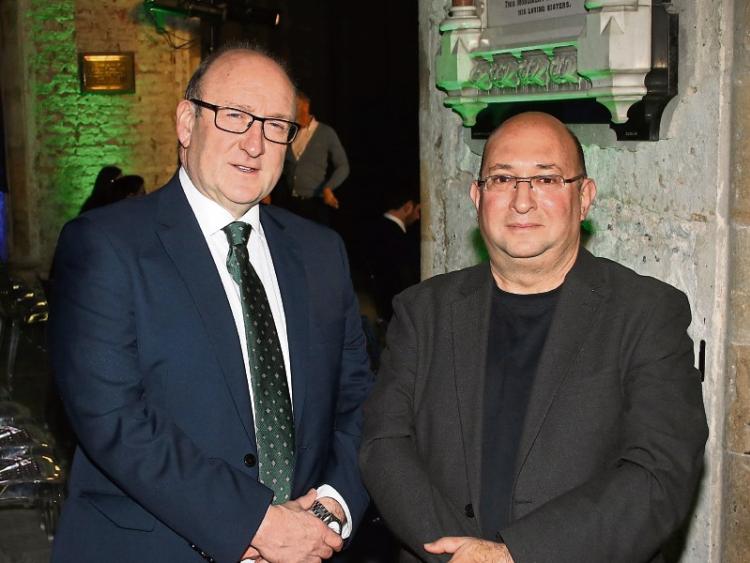 This week we published the Spring 2020 edition of Limerick On The Up. Since last year’s publication we have had another interesting 12 months in which Limerick has edged closer to embracing its full potential.

Possibly the most exciting news was University of Limerick’s commitment to a city centre campus.

In one fell swoop, one of the most maligned vacant retail premises - the Dunnes Stores site on Sarsfield Street - was given a future and the university made its strongest commitment yet to a city centre which has never really felt its full benefit.

This could be the single most important thing to happen to the city in a generation and along with the ambitious plans of Limerick Twenty Thirty to revitalise large and derelict sites, signalled great hope for the future.

Earlier this week, ahead of the deadline on submissions, we published a pitch by John Moran and Sean Golden of the Land Development Agency (read it here) for you to have your say on what is potentially an even bigger more transformative project that seeks to address the current defining issue in Irish life - housing.

There exists, we hope, an opportunity to plan a new urban community that serves the needs of everyone and sets a higher standard of city living - one in which the car is not king.

Here We turn our focus on Brand Limerick - edge and embrace - and how Limerick City and County Council plans to transform perceptions of Limerick domestically and abroad.

To convey to the world what we know and love about Limerick.

All that, and over the coming days, a focus on successful Limerick businesses and education institutions, such as UL’s fascinating exploration of AI learning.

These are exciting times for Limerick, a feeling of action and being shaken from torpor. Things don’t always move as quickly as people imagine they might, but the ambition is there and there are solid plans afoot. Time for Limerick to embrace its destiny.

Why did Limerick need to formulate a new brand?

We can put it simply in five words, to “get people talking about Limerick”. The creation of the Limerick brand is a major statement of our ambition here, showing that we are fully confident about our proposition, our offering and our ability to compete in the international marketplace. We created a brand that would turn heads and let us be part of the conversation, wherever the opportunity arises, be it at home or abroad.

When was the decision made to go ahead with this initiative?

The decision to go ahead with this initiative was taken in mid 2018. We had just finished the relaunch of our digital platform Limerick.ie curating great online content about Limerick and this was the next step to develop a compelling brand identity for the city and county.

Who is this rebranding primarily aimed at?

This is a brand that represents Limerick. We want the people who live, work and study across Limerick to understand what we’re doing and become its champions. Specifically we are targeting key business sectors, to encourage companies to invest in Limerick. We need tourists, domestic and international, to visit Limerick. Limerick’s education offer is superb, so we’ll be helping our third level institutions to target students in key markets, as well as the people who influence their decision where to study. We also know that attracting the right talent, individuals and families, to Limerick helps drive economic growth and creates a virtuous circle that benefits everybody. So the quality of life that’s possible in Limerick if you relocate here is something we’ll be promoting very strongly too.

How is the branding being rolled out? Will we see much evidence of it in Limerick?

We have launched an extensive local, national and international advertising campaign featuring radio, print, digital and OOH (billboards) nationwide, including at Shannon and Dublin Airports to really put Limerick up in lights. Aside from our advertising campaign you will see many examples of it right around Limerick. It has been very exciting to see the ways in which different stakeholders from right across the community have adopted it and embraced it and are using it across their social media, print collateral, signage etc.

What have been the main challenges in this project?

We understood the enormity of the project and the hugely beneficial impact it could have on Limerick and its people from the get-go, so we underwent a very comprehensive programme of stakeholder engagement and research, including focus groups, workshop sessions, questionnaires and interviews to ensure we got this right. We’ve brought our stakeholders along with us at every stage of the brand’s journey and have taken perhaps a non-traditional approach in setting up a Brand Ambassador structure. This has made it a more involved, longer process but ultimately it had given the brand more depth, richness and credibility as a result.

Did you learn anything new or unexpected about Limerick? Do you look at it in a different light yourself now?

Before we embarked upon this process we conducted a reputational analysis, where we discovered that the perception of Limerick wasn’t negative it was that there was no perception of Limerick at all! We needed to change this. Limerick now has a sharper way to focus its message – as a destination with an edge – and the advantages this gives people who know about it. And as a city and county, with a location that offers unique benefits and as a place that embraces the world, not least, post Brexit as the third largest native English speaking city in the EU.

What can Limerick people do to help promote the brand?

Whether you are part of Limerick through your blood or through your passion, whether you live within county lines or feel connected to them, we want to showcase Limerick to the world and demonstrate our strength when we unite behind an idea. We know social media connects globally, so the more Limerick content is shared the bigger our stage grows. Use the hashtags #Limerick, #LimerickEdgeEmbrace and #HowLimerick so that we can see how far we can go together. We want to build a rich depth of content around the Limerick brand so we would ask that you share your Limerick stories, what makes it special and how your own story adds to our Edge and Embrace.

What must come from this for it to be classified as a success? Do you have any targets in mind?

There are hard and soft measures, many long-term and some more immediate. At the broadest level, we will track new commercial investments, as well as visitor and student numbers and in other ways to monitor economic activity. It is hard to isolate the effect of marketing and publicity given the range of other factors in play. So we will also measure response rates online, as well as business development support requests and other data points.

The campaign is about reputation. So once the brand has bedded down, we will conduct a follow up study to our initial reputational analysis.

We will also be tracking the levels of take up within Limerick itself and how the new identity works to bring city and county together.

How has it been received so far, in your opinion?

It has been received extremely positively. It’s clear people recognise the need for Limerick to elevate itself internationally and have really embraced the brand. It was tremendous to see such huge levels of support at our launch here in Limerick and at our New York launch at the Irish Consulate last week too.

Gardens International has been completed, but what is the next landmark project to a) be started; b) be completed that will give physical expression to Limerick's progressive new identity? Is there a timeline for such a project?

“The Opera Site is the next project set to commence and we currently await the outcome of An Bord Pleanala’s planning decision.

The project, which will be the single biggest transformational project for Limerick in decades, will require a six year build programme and will commence, planning allowing, in Q4 of this year.

There is also tremendous excitement around the announcement by UL to develop a city centre campus, a familiar component of edgy, progressive and successful European cities.

Limerick will benefit hugely from the university’s presence in the city centre and the influx of thousands of students and the impact of both of these projects cannot be overestimated.”