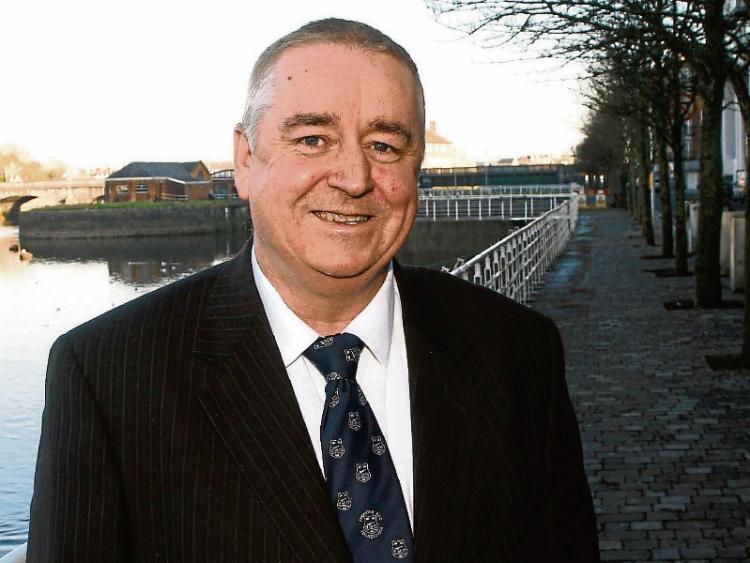 A CITY Parish Priest is seeking a restraining order in the courts to stop the committee of a boxing club entering its building over safety concerns.

And now a war of words has broken out between St Munchin’s Boxing Club, and Parish Priest, Canon Donal McNamara over its facility at Cross Roads in Thomondgate.

Canon McNamara – who claims the parish owns the property – is seeking a court injunction to prevent access to the site, claiming there are “grave concerns regarding the structural condition of the property.”

But the club’s committee has urged the priest to engage with them outside the legal system, with co-treasurer and former Olympic boxer Pa O’Halloran asking: “Why go to a courtroom? Why not sit down in the community and talk to us?”

Former mayor Kevin Kiely says the property is safe, and says the impasse is “having a terrible impact on children in the area”.​

And northside Independent councillor Frankie Daly has said: “I’m hoping everyone can work together and find a solution. I think it’s important the facility is opened and we move forward in a positive way.”

Closed since 2008, the committee of St Munchin’s Boxing Club have been working to bring the hall up to scratch, spending close to €25,000 rewiring and reconnecting its electricity supply and installing heaters.

Despite this, solicitors acting for Canon McNamara have filed a notice of motion with the South Western Circuit Court seeking to “restrain” the club’s “officers, members, servants, agents” from entering the property.

The motion goes on to seek to restrain them from “continuing to trespass” on the property.

The court application has yet to be heard. But in an affidavit seen by the Limerick Leader, Canon McNamara claimed that early last year initial refurbishment plans for the building had been scaled back by  the committee due to lack of funding and “their intention was to merely put the property into a state which complied with health and safety regulations and render it fit for purpose.”

Later in 2019, solicitors representing Canon McNamara wrote back to the club’s legal team stating: “no realistic proposal had been forthcoming from the club regarding bringing the property to a safe standard.”

“It is with great sadness that the Plaintiffs are left in a position where they believe they have no alternative than to bring the within application. I say that what is of most concern to the Plaintiffs is the safety of those who have been present on the property,” the affidavit adds.

According to an affidavit prepared in response, Paddy Collins, the club’s chairman, disputed the parish’s claim to ownership of the site.

He believes the move from Canon McNamara came about after the committee failed to get a large amount of money from the JP McManus Trust, which was sought with a view to “total refurbishment of the hall and installation of new equipment.”

Instead, the club secured a lesser sum in the 2018 Sports Capital Programme, which allowed for smaller scale works.

Mr Collins in his affidavit stated: “I say the comments made by Donal McNamara are very out of character as he is a person with whom we have always attempted to foster the best of relationships with and indeed we believe that to be reciprocated.”

He rejected the assertion the club’s officers are “trespassing” on the property.

Canon McNamara said he had “absolutely nothing” to say regarding the application when contacted by the Limerick Leader.