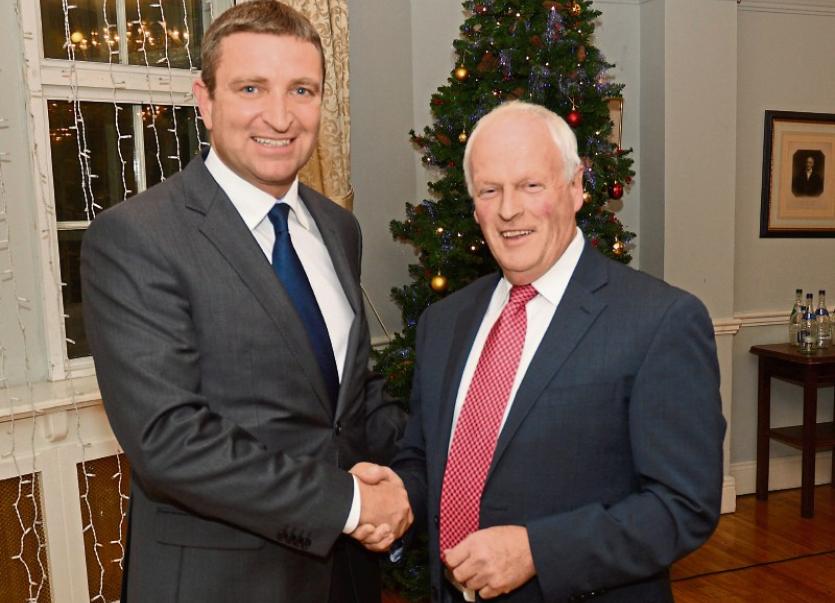 FIANNA Fail councillor Eddie Ryan has launched an astonishing attack on the party, claiming “Niall Collins and his uncle Gerry” effectively kept him off the election ticket.

The Galbally-based councillor described the constituency organising chairman Chris Flood as a “total waste of space” and the general secretary Sean Dorgan as “not fit to hold the office” he has.

Fianna Fail lost seven seats in what was a disappointing general election for the party, which had high hopes of making an immediate return to government. Instead, they were only one seat ahead of Sinn Fein.

For a brief period, Cllr Ryan was part of the Fianna Fail ticket when he was installed as running mate to Niall Collins with just two weeks to go until polling day - he had been in regular contact with Fianna Fail headquarters with a view to running since 2017.

For his part Mr Collins has denied the claim, accusing Cllr Ryan of making “baseless and untrue allegations against me and others in Fianna Fail.”

The Cappamore-Kilmallock councillor pulled out just 12 hours after being added, to be replaced by Cllr Michael Collins, Newcastle West, who failed to win a Dail seat alongside Niall Collins.

Speaking about this for the first time, Cllr Ryan said he had mulled over this decision for almost all this time.

“I felt I did not get a fair crack of it. Niall Collins and his uncle Gerry kept me off the ticket for 32 months. I had 16 days to run for the Dail,” he said.

Mr Collins said: “Fianna Fail members with the exception of Cllr Ryan know and understand that no individual or TD controls the selection of candidates.”

Cllr Ryan said the party’s top brass – including leader Micheal Martin – were so “off message” during the campaign, and claimed that Fianna Fail “became Fine Gael”.

“We threw away our identity,” he claimed, “We’ve let people down.”

“Micheal Martin and Sean Dorgan and the organisation were so off message that just two days into canvassing, I could tell them what the problem was. It was as simple as this: people just said, Eddie, listen, you can’t say anything about health and housing – ye kept them there. Ye being Fianna Fail. Ye kept that government,” the councillor told the Limerick Leader.

“Fianna Fail were especially off message because on the door they seemed to be able to think they could interpret what the people wanted. But what they wanted was not to have their granny, friend, relation or neighbour left on the trolley. What they wanted was a functioning health service, and people living in houses. We’ve done nothing for any of those people,” he said.”

Cllr Ryan believes this election was Fianna Fail’s to win, although he stopped short of suggesting he could have secured a second seat for the party in an area which was once their heartland.

The long-serving councillor claimed general secretary Mr Dorgan was not “balanced or fair” in dealing with him.

Cllr Ryan took part in a selection convention way back in January 2019, having been in regular contact with Fianna Fail expressing his interest, with the Soldiers of Destiny set to switch back to a two candidate strategy.

At the convention, Niall Collins was added, but Cllr Ryan was left to wait – until the eleventh hour..

“Sean Dorgan, the general secretary of Fianna Fail is not in my view – because he wasn’t balanced or fair in dealing with me – fit to hold the office he has. I’ll stand over that anywhere,” he said.

“Micheal Martin failed to take charge. If there were five constituencies with no-one nominated in them, on a Monday morning, you’d open a file and have it done in 10 minutes.”

He said he is delighted for former Fianna Fail councillor Richard O’Donoghue, who won a Dail seat as an Independent at the second time of asking.

He split from Fianna Fail after they failed to add him to the election ticket in 2016.

And he feels that Cllr Michael Collins, who was eliminated at the third count, will “help herald a new dawn” for Fianna Fail.

“In that we have someone other than Eddie Ryan cribbing and giving out, who is prepared to stand up and say they don’t like the direction this party is doing,” said Cllr Ryan.

In a statement, Niall Collins – who took the first seat in Limerick, but lost his polltopper status to Patrick O'Donovan– said: “Cllr Ryan knows that in Fianna Fail there’s an independent committee known as the National Constituencies Committee which makes all decision on candidates.

“I’m committed to working for the people of Limerick and dealing with important issues like health and housing and how they impact on their lives and families. Cllr Ryan should do the same,” concluded the Limerick deputy.