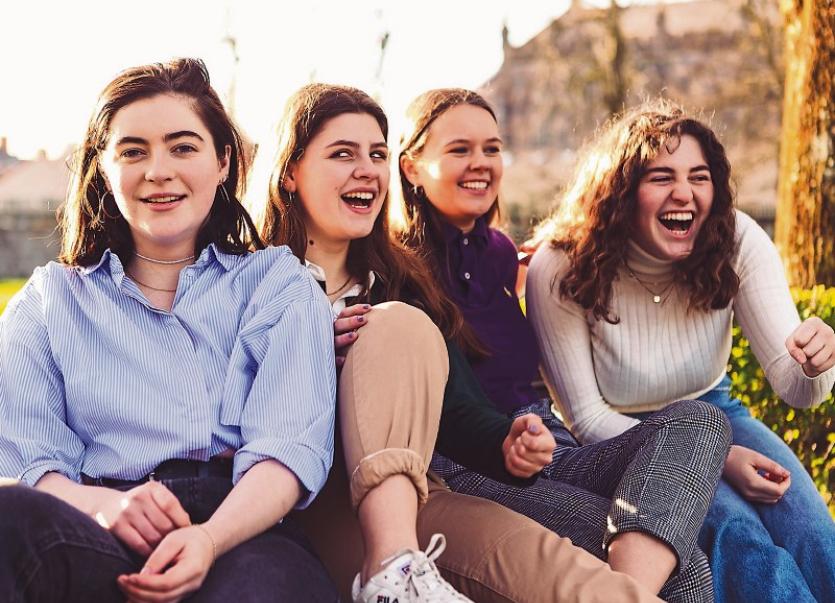 PowPig headline the Seoda Shows party at Dolan's this Saturday

A packed few days await us in Limerick this weekend, with some stunning music acts, great comedy, theatre and an entire weekend of literary hob-nobbing. Plenty of variety to keep you entertained!

Comedian Tony Cantwell brings his Pure Grá tour to Dolan's Warehouse this Thursday. Possibly more than any other Irish comedy act, he manages to sum up the heart and soul of Irish people. In other words, we're all muckers. Doors at 7:30pm, tickets are €15.

Dirty Dusting, at the UCH this Thursday, is a ribald comedy about a trio of cleaners in their 70s facing redundancy. Not willing to take that lying down, they take it lying down in a virtual way and set up a phone sex service.

Starring X-Factor's Mary Byrne, the show is solidly aimed at folks who see the Christmas special of Mrs Brown's Boys as the comedic highlight of their year, so if Brendan O'Carroll is your bag, this show was made for you. 8pm, tickets are €25 / €22.50 concession.

Aoife Scott is one of Ireland's best up-and-coming folk singers, blending old-school trad with bluegrass. Despite being a member of the famous Black family (Frances Black is her mother), she's set her own path on the Irish music scene, winning Best Folk Act at the Irish Post Music Awards and Emerging Artist of the Year at the Live Ireland Awards two years ago.

Her sophomore album Homebird definitely deserves a listen and she's very much worth seeing live if folk music gives you that warm fuzzy feeling in your soul. 8pm in Dolan's Upstairs, tickets are €15.

Limerick Literary Festival kicks off this Friday, offering three days of authors encouraging people to read their books. A full weekend ticket will cost you €125, which is a large wad of cash but offers you significant savings if you plan on going to every single event of the festival.

If you don't have a ton of cash burning a hole in your wallet (even assuming you have a wallet), highlights of the weekend are likely to include the reading with poet and novelist Catherine Phil MacCarthy in the Granary library at 11am on Friday (it's the festival's free event), a panel discussion on publishing with Jo Unwin, Sarah Davis Goff and Dan Mooney in Dance Limerick at midday on Saturday (tickets are €14) and a session with Roddy Doyle in the Belltable on Sunday at 3pm (tickets €14).

Desert Island Books, at the Belltable on Sunday at 1pm, is always a firm favourite of the festival. It'll be hosted by Gerry Stembridge and Ella Berthoud, and tickets are again €14.

After a long break in the wilderness, Stanzas returns to Ormston House this Friday. The spoken word and poetry night was one of Limerick's monthly highlights for four years, especially for early-20s people, so it's rather wonderful to see it back. It'll run from 7pm to 9pm and it's a free event.

Pallasgreen native Elaine O'Dwyer brings Queen Of Technicolor, her one-woman show about the life of Hollywood starlet Maureen O'Hara, back to Limerick this weekend.

O'Hara, once the world's most famous ginger, was as feisty off-screen as she was when acting, refusing to suffer fools, foolishness or sexual harassment at the hand of movie producers.

You'll see all that as part of the show. In the city, you can see it at the Belltable on Friday night, while county people can catch it in Friars' Gate in Kilmallock on Saturday. 8pm, both nights, tickets are €18 / €16 concession.

The People's Theatre visits the Belltable this Saturday afternoon with their highly-acclaimed stage show There Was An Old Lady Who Swallowed A Fly.

As you'll probably remember from your childhood, it's the tale of iterative swallowing gone out of control, as an elderly woman swallows a small creature of the diptera family (and, alas, doesn't know why) and then proceeds to down progressively larger creatures to cover for her initial mistake.

There's plenty of live action, puppetry and singing in this show to keep all the small people in your life amused for a good hour. There are two chances to see it - at 2pm and 4pm - and tickets are €8.

Breaking Down Borders II is a packed night of emerging hip-hop artists from Ireland and the UK at Pharmacia this Saturday.

There's a strong Limerick contingent, with Hazey Haze, Strange Boy and Citrus Fresh among the main headliners. In full, you'll have 20 acts performing, making this easily the best bang for your buck this weekend. Doors at 5pm, tickets are €12.

Record-breaking long-distance cyclist Mark Beaumont is at the Lime Tree Theatre this Saturday night to talk about his life of adventure on the dandy horse.

He's best known for cycling around the world in just 79 days in 2017, battling dysentery, deserts and disaster to cycle 400km per day. Some of us don't cycle 400 kilometres in a year. It's sure to be a fascinating talk. 8pm, tickets are €21 / €19 concession.

Seoda Shows are hosting their seventh birthday party at Dolan's Warehouse this Friday night, with PowPig headlining. The Limerick quartet continue to rise in the garage rock & punk scene, taking home the IMRO Other Room prize two years ago and performing at Electric Picnic last summer.

They'll be supported by Post Punk Podge & The Technohippies and the Mary Wallopers. Doors at 9pm, tickets are €10 in advance and €12 on the door.

There's a decent afternoon's entertainment for the kids at the UCH this Sunday with a screening of Up, Pixar's movie about a curmudgeonly Spencer Tracy type who seeks to fulfil his dead wife's dream by tying hundreds of balloons to his house and flying it to Venezuela.

It's never too late to start travelling. Comedy is injected into the double-Oscar-winning animated flick by an annoying child and a talking dog. 3pm, tickets are €7.50 / €6 concession, but you can get all tickets for a fiver if you book online.