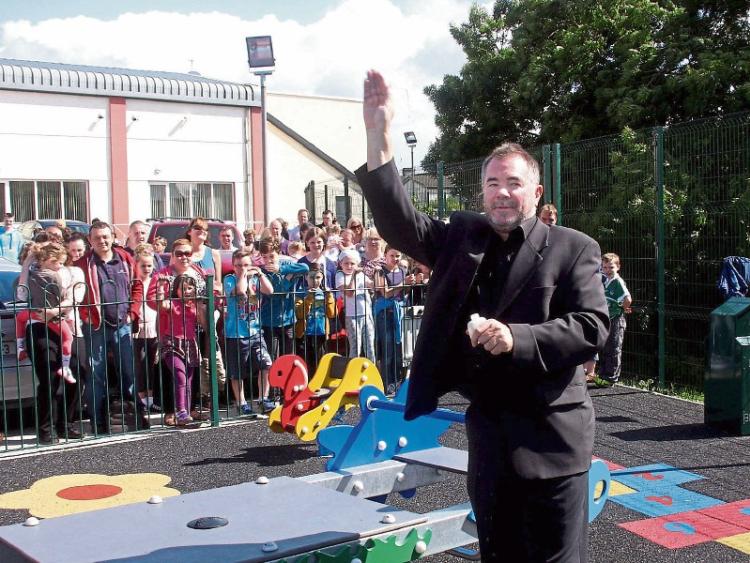 A PARISH priest ended his address on, What Does it Mean to be a Catholic Priest with the Chinese proverb, “a man who speaks the truth needs a fast horse”.

Luckily, Fr Roy Donovan, of  Caherconlish & Inch St Laurence, has ridden at the local Boskill Equestrian Centre. The Galbally man didn’t spare the whip during a talk this week in Dublin hosted by lay reform group, We Are Church Ireland. From horses to horsepower, he likened the Irish church to that of an old car that has gone off the road into a bog

“It has sunk into the bog and is stuck. The engine is still running, but the wheels are spinning and going nowhere. Can’t go forward or backwards, as in the U2 song, Stuck in a Moment You Can’t Get Out Of. A similar image for the Irish Church is of a car that has a puncture and then quite quickly all four wheels are punctured. And no jack to lift it up!” said Fr Donovan, who is one of the leaders of the Association of Catholic Priests.  He says we have reached a “crisis point” in the Irish Church.

“A number of people up and down the country are beginning to see that our systems/structures/parishes are no longer fit for purpose. We have too many dioceses, parishes, too many churches – more than we need. We have too many celebrations of Masses on Sundays with small gatherings. We have reached a crisis point in the Irish Church.

“If you go into rural churches for weekend Masses, you will find most people at the back of the church, nobody at the upper middle, or at the top. This demonstrates the huge distance that people have been taught to keep. The priest stands alone up at the top of the church. He might as well have kept his back to the people as in the Tridentine Mass.”

Continuing the equine theme, Fr Donovan said we hold on to what we know but it’s a “dead horse”.

“A lot of priests are saying ‘sure, it will see me out” and continue to work out of the old model. There is not enough appetite for change which would require major reversals. We never implemented the Vatican II idea of empowering the people. There were so many priests in Ireland back then and only certain external changes were made. I don’t understand how a church that attracted some of the best brains in the country as priests could have allowed us to end up where we are today?

“What is left of us are tired and haven’t got the energy to change and move on. ‘Let me alone; I don’t want to go to any more meetings’, might be another unheard cry of many priests.  Most remaining energy goes into maintaining the old paradigm. Pope Francis in his Christmas message said, ‘The world has changed and so must the church’. I don’t think we are up to the massive changes required.”

And if the ageing priests are getting tired there aren’t exactly many whipper snappers biting at their heels. Fifteen began their studies for the priesthood for Irish dioceses last September. Fr Donovan has called for women deacons and priests for a long time.

“There are still bishops, priests and people praying for tons of vocations. The vocation crisis was 40 years ago. There has not been a vocation in our parish for over 40 years. If you break it down, priesthood in its present form is very elitist. One has to be a male, have to be celibate, can’t be married unless your wife is deceased, have to be over 18, you could say not much point going for it over 70. I reckon priestly ministry is chosen from a few percentage of the people. Surely Christ never intended that exclusive scenario?”

To surmise his address which ran to almost 7,000 words, Fr Donovan believes the church has so much to offer but you could say the horse has bolted.