Michael Collins calls on Limerick electorate to vote for change 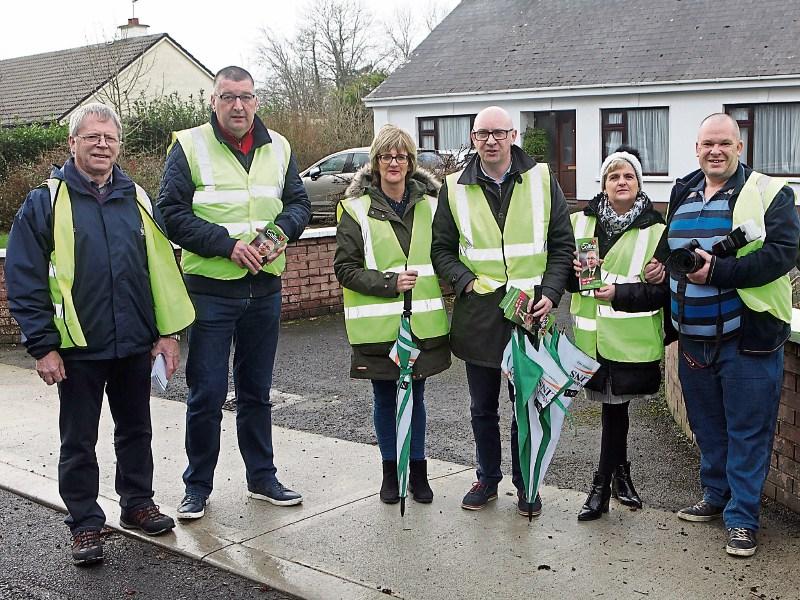 Michael and his team out canvassing in NCW

Fianna Fail Dáil candidate for Limerick County, Councillor Michael Collins has called on people to come out and vote for change in the election on Saturday.

“I am privileged to be a councillor for this area serving in the county of Limerick since 2009. In that time I have delivered for my local area for individuals, the community and businesses. I have developed a reputation locally and on the council as a hard worker and a straight talker. I am now taking on a bigger challenge, to represent Limerick county and Newcastlewest in Dáil Eireann,” he said.

“Rural Ireland has been left behind by the current government. It’s flagship development policy and programme, Project Ireland 2040, is Dublin biased and urban focussed and offers nothing to rural Ireland except crumbs for the urban table.

“On Saturday we have a choice. We can vote for Fine Gael and get the same disastrous government for another five years or we can vote for a plethora of smaller parties that will merely deliver  political uncertainty for months or years. A strong Fianna Fáil vote will deliver a solid basis for a strong effective government.

Michael Collins is calling on voters across Limerick to come out in big numbers to ensure the change they want happens. “A vote for Michael Collins and Fianna Fail will bring real change for Limerick ,” he concluded.