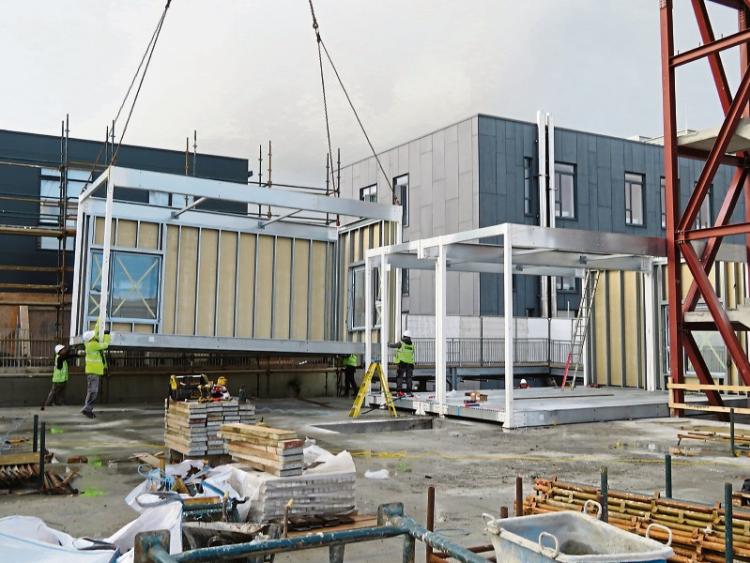 UNIVERSITY Hospital Limerick will still be under target for the number of beds that are needed even after the development of the 60- and 96-bed blocks.

This is despite recommendations that were made more than 10 years ago, in advance of the closure of three emergency departments in the Mid-West.

A HSE report in 2008 stated UHL’s “centre of excellence” would need a total of 642 beds to deal with the increased level of demand.

Last month, referring to plans for the 60- and 96-bed block, spokesperson for Simon Harris said: “After years of people talking about much needed extra capacity for the Mid-West, the Minister is now delivering it. It is a shame others didn’t in the past but the Minister is.” But figures show that Harris’ predecessor Leo Varadkar saw the delivery of up to 74 beds, with the new critical care building block and Leben building.

A spokesperson for Minister Harris said that he was referring to the period of 2007 to 2010, when Mary Harney was in charge “when there was a reconfiguration of  hospitals in the Mid-West area, capacity was reduced significantly and increased beds for UHL were not delivered”.

The spokesperson said since 2016, he has funded and opened the new ED, and 40 beds in Limerick. This week saw the landing of two units for the 60-bed block, which is due for completion at the end of 2020. Minister Harris’ spokesperson said the HSE will proceed with the design stage for the 96 beds this year. The spokesperson added that he has increased UHL staff numbers by 427.