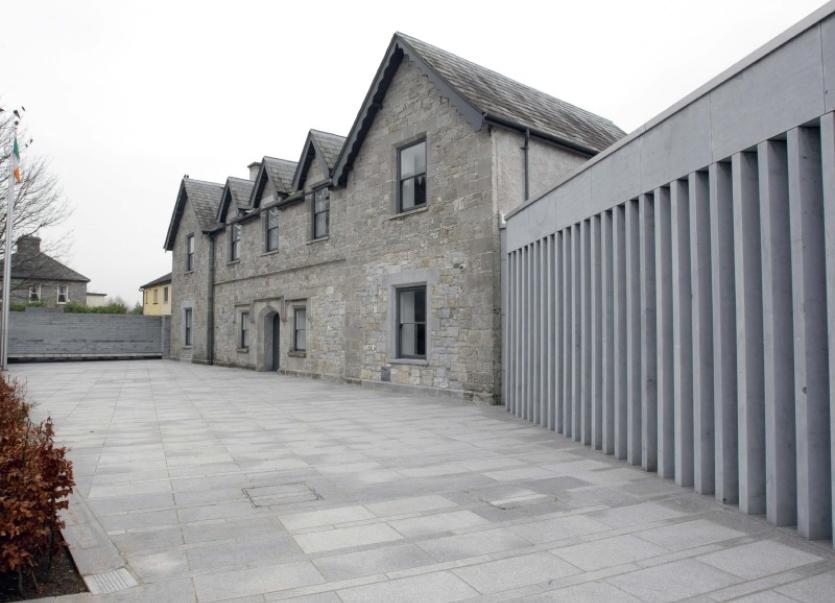 ONE FARMER has sued another for breach of contract over a cow he bought at a clearance sale.

The well-bred Holstein Friesian got sick and had to be sent to the factory. Its calf also died, Kilmallock Court heard.

Mr Crowley, who represented himself, claimed for the price of the cow (€1,370) and veterinary expenses.

Mr Crowley said he was a dairy farmer and attended a “public auction” in Tipperary Town in spring 2018.

“I bought three cows - two were calved and one was incalf, time up in a few days. I gave a good price. I thought they were good cows. I was upgrading my herd. I milked the two calved cows and put the third one in the calving shed. My own vet was attending another cow. As he was passing by I pointed out the cow in the calving shed I had bought.

“She was off form. As she was very close to calving my vet said to leave her alone until she calved because she might lose the calf. She calved 10 days later on March 25, 2018,” said Mr Crowley.

The calf was very small, he said, “only half the size it should have been from a big cow”.

“The vet said she had a problem with her stomach and gave her fluids. He kept coming every day for a few days to monitor her. She was not improving. I rang the auctioneer in Tipperary Town and he gave me Mr Breen’s number. I told him the situation. I asked him did he want to come and look at the cow and bring his vet if he wanted to.

“He said the cow had a problem the previous year and his vet had operated on her. He (Mr Breen) thought she was OK when he was selling her. He said he forgot to mention it at auction,” said Mr Crowley.

The Tipperary man said he told the east Limerick farmer he bought the cow “in good faith”.

“I wouldn’t have bought her if I knew she had been altered in any way. I asked him to come see the cow and bring his vet with him. He wouldn’t do that. In the meantime the cow was deteriorating,” said Mr Crowley, whose vet subsequently carried out an operation because it was “life or death”.

“There was throbbing in the cow’s jugular vein. He saw the scars from the previous operation. My vet did his best to rectify the situation but the cow never got back her full appetite. She kept deteriorating. The calf never fully developed and died. My vet said the best thing to do was to take the cow to the factory to salvage whatever value I could. I got €423 at the factory. I paid €1,370 for the cow,” said Mr Crowley.

Ger Reidy, solicitor for Mr Breen, asked Mr Crowley was it a public auction or a clearance sale.

“It was a clearance sale but he took home cows that didn’t reach his value,” said Mr Crowley.

Mr Reidy said Mr Crowley told the court that Mr Breen informed him the operation occurred on the “previous year”.

Mr Reidy said that Brian Ryan, Mr Breen’s vet, will say the cow had routine surgery in 2015, recovered successfully, went in calf in 2016, calved no problem and was an excellent milk producer.

“There was no reason for Mr Breen to announce that the cow had an operation because there was absolutely no problem with the cow,” said Mr Reidy.

Mr Crowley said at the auction Mr Breen made announcements about which cows were on antibiotics.

“It was a breach of contract. If I had known about the previous operation I wouldn’t have bought her. It is like buying a car that has been crashed,” said Mr Crowley.

Mr Reidy said marts have certain conditions of sale. In a clearance sale, the solicitor said the conditions are read out beforehand, “All items sold as seen, no guarantee or warranty”.

“Purchasers are bound by that terms of sale in the contract,” said Mr Reidy.

The solicitor said the cow that got sick could have been affected by being transported, change of location and change of diet.

“These were all issues at the time. Caving doesn’t always go to plan - it’s no one’s fault,” said Mr Reidy.

“Yes but he withheld information. The cow had an operation on her stomach. I certainly would not have given the full amount of money,” said Mr Crowley.

Mr Breen took the stand and said the cow made a full recovery from the operation.

“Within a month, milk recording showed she was producing 7.3 gallons per day. It’s not outstanding but she was very consistent. Some milk very well and then drop off but she didn’t,” said Mr Breen.

He told Judge Marian O’Leary that there were no problems with the cow since the operation.

Mr Breen said his cows were sold under the conditions of the mart and “not under my conditions”.

“That cow was healthy. She got sick. It happens,” said Mr Breen.

Mr Crowley began his questioning of the plaintiff.

“I asked you to visit my cow, why didn’t you?” asked Mr Crowley.

“If a cow is sick she is sick. He neglected the cow. I’m not questioning his character. Fair is fair. I always treat people with respect,” said Mr Breen.

“Why did you not bring your vet?” asked Mr Crowley.

“I didn’t feel I was obliged to. That cow was perfect. I have bought cows unfortunately - she was supposed to calve in February/March and she calved in July. Conditions of sale are clearly set out and you abide by them,” said Mr Breen.

Mr Crowley said if a cow has a section you have to announce it.

“It is good faith. It was an internal operation. I didn’t know anything about it,” said Mr Crowley.

“That breed has a larger stomach. Any change of diet or any little change to what they are used to can affect them. They are a high-yielding cow,” said Mr Breen.

From his over 30 years’ experience, Mr Ryan said when you buy an animal at a mart auction you have 72 hours to return it if “you’re not happy”.

“At a clearance sale there are no guarantees. It’s caveat emptor,” said Mr Ryan, who described Mr Breen as an “excellent farmer”.

“They are very fine tuned machines and easy to put out of kilter,” said Mr Ryan.

He said he performed a left displaced abomasum (LDA) operation on the cow in 2015. Mr Ryan said he does about 40 a year.

“We didn’t see the cow post surgery. Mr Breen would have reacted very early if there had been a problem. Two indications of good health in cows are that she went back in calf and good milk production levels,” said Mr Ryan, who added that Mr Breen is “very conscientious”.

On the morning of the clearance sale the vet said Mr Breen asked him to look at two cows. One had just calved and the other had a difficult calving.

“They were not in ill health, they just needed extra care. They didn’t need the stress of transport and new surroundings. He didn’t put up those two cows for sale at the clearance sale,” said Mr Ryan.

“If it was three weeks post surgery I’d say something but three years, no. It’s very unfortunate,” said Mr Ryan.

Mr Reidy asked Mr Ryan if he had concerns about the cow going for sale?

Mr Crowley concluded by saying he bought the cow in good faith, was not told of the operation and was making his claim under the Sales of Goods Act.

Judge O’Leary asked both parties to see if they could come to an arrangement while she rose from the bench.

When Judge O’Leary resumed she was informed there was no agreement. The judge said she would give her decision on February 18.