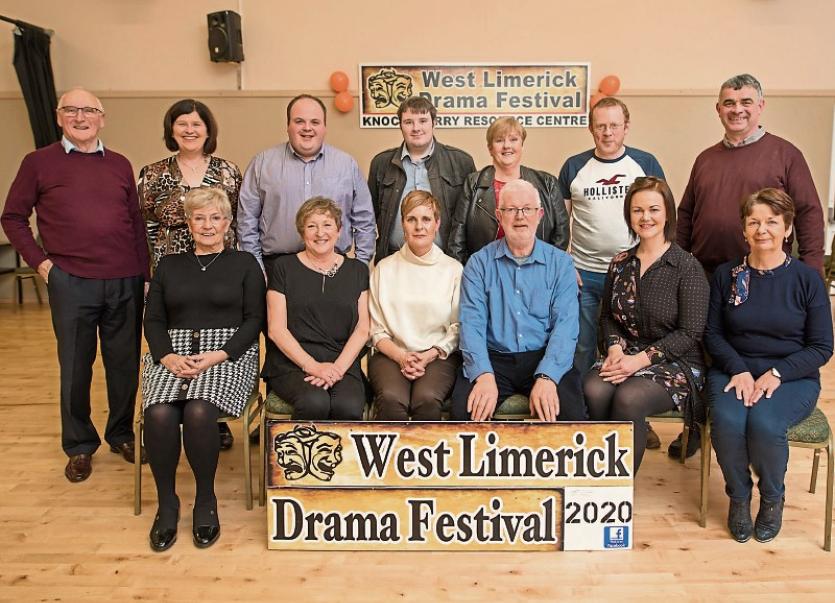 GERRY Stembridge, novelist, playwright and the man best remembered in his native Limerick for Scrap Saturday, is this year’s adjudicator at the West Limerick Drama Festival.

Gerry, whose work has been produced at the Abbey and in the Projects Arts Centre, is also a screenwriter, having written the screenplay for the film, Ordinary Decent Criminal which starred Kevin Spacey. He also has a distinguished record as a director, with films such as Guiltrip and About Adam under his belt.

Gerry, who was educated at CBS Sexton St before moving to Castleknock and UCD, will be in Knockaderry for the three nights of this year’s festival, February 7,8 and 9 where three amateur drama groups will be doing their utmost to win the various titles up for grabs.

Launching the festival at the Knockaderry Resource Centre this week, Pat Geaney said they were delighted to be welcoming Gerry Stembridge back to Knockaderry.

Last year, Gerry led a one-day director’s course which the Knockaderry Clouncagh Drama Group had organised and which was also attended by members of other local drama groups.

“This is our eight festival,” Mr Geaney said. “We would have loved to have more groups taking part but we are happy to have two groups travelling to the festival and we hope they have a good time.”

The play, by Michael Everett centres on Grace, a newly widowed clergyman’s wife.

After a lifetime of best behaviour, she is enjoying her newfound freedom. But things change and she is forced to confront her past. Directed by Monica Daly and with a mostly female cast, the play promises entertainment as well as some searching questions.

The Carnavour Players with their production of Cobwebs Glory by Ryan Michael O’Connor is the second offering. Cobweb, a greyhound, is Jeremiah Gilhooley’s pride and joy but he himself is troubled by gout and saddled with debt. Enter a cast of troubled souls and a bailiff and a night of misunderstandings, conspiracies, drama and comedy unfolds.

On Election Day, February 8, the festival concludes with a production from the New Hope Theatre. For Better or Worse by Jimmy Keary.

It centres around married couple Gabriel and Chrissie whose life together is not going well, either in or out of the bedroom.

Things are made worse by the presence of Gabriel’s mother Aggie but then comes the twist as Aggie’s sister Lucy comes to stay.

The festival awards will be announced on Saturday night. Then the festival audience will, just like the politicians, have the drama of the election count on Sunday to look forward to.