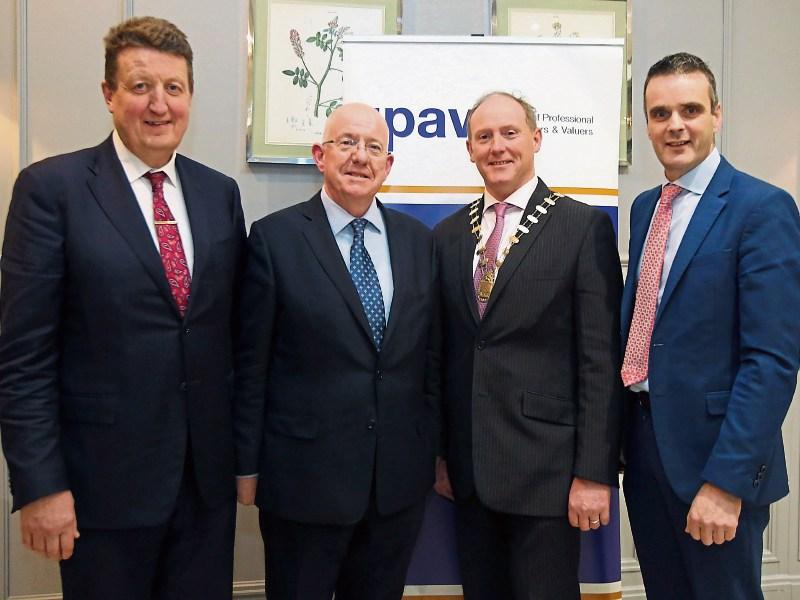 IF YOU shook hands with people at land auctions over the past decade you would have grasped hard, work-swollen lámha.

But it isn’t just farmers in attendance anymore. Soft-palmed businessmen are back in the ring. As GVM group property director, Tom Crosse reflects on 2019 he said, interestingly, the business community is back buying land.

“They were out of the market previously with the economic downturn - they backed off investing. We are noticing a return to the market among the business community.

“They are buying attractive holdings maybe as a property play or hobby farming or they might have children involved in equestrian sport. Money isn’t much good in the banks at the minute. People are putting it to work,” said Mr Crosse.

Between himself and colleagues John O’Connell and Richard Ryan, GVM sold €12m worth of land in 2019.

“Values were down very slightly but nothing significant. The early part of the year was very strong with really good headlines prices achieved.

“All our auctions were successful either at the auction or immediately afterwards. We are seeing good land holding between €9,000 and €10,000 an acre. Obviously there are exceptions in strong locations like Adare,” said Mr Crosse.

However, the Irish psyche of “you must buy land” is changing said Mr Crosse, chair of the Institute of Professional Auctioneers & Valuers (IPAV) agricultural committee.

“A common thread across the country is the move towards long-term leasing. Prices of up to €300 per acre were achieved. The big incentive for young farmers is not having to finance the purchase of land.

“Land owners are saying to themselves, ‘I can hang on to my asset, I can lease my land, get my rent in tax-free, get single farm payment tax-free with the land lease’. They hold their asset and they still have their land.

“The young farmer says to him or herself, ‘I will develop my facilities and what’s wrong with leasing land. I have no big commitment, it is costing me 10 grand an acre to buy. I can lease it for €250 an acre with no big capital outlay, no big borrowings and no big commitment’.

“It is a win-win for both the land owner and the tenant. I think we are going to see more of that. I’ve seen cows being leased, partnerships being formed to share land, labour and facilities. One farmer milks the cows in the morning and the other in the evenings. Trends are changing. Traditionally every farmer paddled his own canoe and managed their own farm but farming is becoming much more modern,” said Mr Crosse.

In general terms, he said 2019 was an “uncertain year” driven by Brexit. While milk prices held up reasonably OK, beef farmers were in the red.

“It perhaps nudged potential vendors to hold off selling land, resulting in a reduction in land sales in 2019 over and above other years. The latter half in particular. Land owners felt sentiments weren't right to get good prices,” said Mr Crosse.

Not much has changed in 2020 thus far but at least Brexit will happen once and for all and Mr Crosse says he has some nice pieces of land coming to market.

He attended the launch of IPAV’s latest farm report in Portlaoise.  Pat Davitt, IPAV’s chief executive, said the increase in stamp duty in October’s Budget by 1.5% bringing it to 7.5% will encourage more farmers to lease rather than buy land.

“This is not the way to a sustainable farming sector. Regardless of how long the lease lasts, it will run out in the end, giving the landowner an opportunity to take back the land. This could leave the young farmer struggling to find an alternative,” said Mr Davitt.